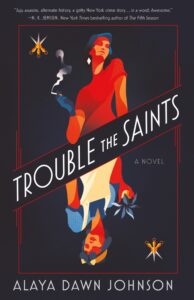 Structurally, Alaya Dawn Johnson’s Trouble the Saints (2020) isn’t traditionally satisfying, a mosaic in three acts that cycles through viewpoint episodes to build its ambience and message. As constructed, it’s difficult to see the shape of it in the moment, but there’s a powerful cumulative effect to this insightful, richly designed historical fantasy, which really comes together in its final section.

Set in mid-twentieth century New York, Trouble the Saints depicts a subtly fantastical secret history wherein certain people of color are blessed — or, in some cases, cursed — with “the hands,” magical abilities. The novel follows three such individuals, who leverage these small super-powers for personal gain. Phyllis LeBlanc’s hands enable her to be a top-notch assassin in the employ of a New York City crime kingpin. Her ex-boyfriend Dev Patil is an undercover police informant with the ability to sense threats. And Tamara Anderson is a dancer and entertainer at the club Phyllis and Dev frequent, who is also an oracle, capable of reading the future in a deck of cards. The novel begins with Phyllis in the process of trying to disentangle herself from her criminal employer and her murderous past, a precarious effort that eventually draws in Dev and Tamara. Their separate but connected journeys challenge them to question the compromises they’ve made, and consider new ways of leveraging their powers toward personal and societal change.

With beautiful prose and a finely depicted historical setting, Trouble the Saints makes for an insightful glimpse into the past that refreshingly includes — indeed, centers — BIPOC characters. The unusual, staggered shape makes is difficult to see the broader stakes in the early going, a “problem” that may be entirely the result of baked-in genre expectations rather than actual content. The momentum picks up considerably in the third section, which draws the thematic threads together brilliantly. Ultimately, this one cleverly and convincingly delivers its message, coalescing into a moving, personal story of personal struggle in an unforgivingly racist society. 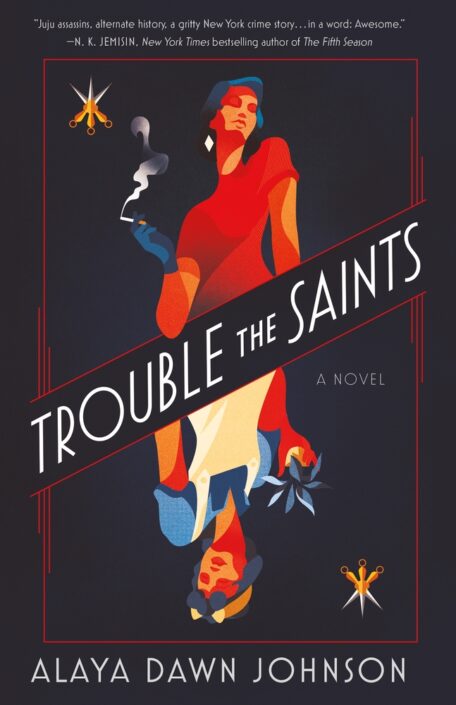 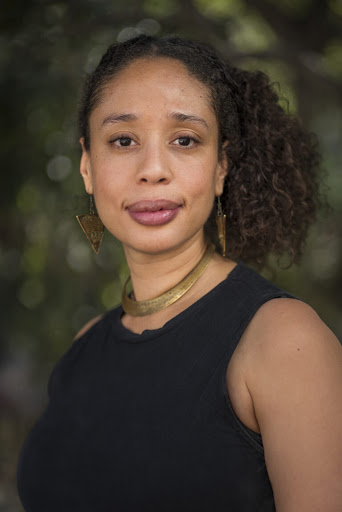