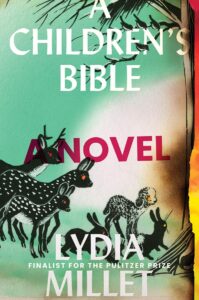 Lydia Millet has firmly ensconced herself in my highest echelon of favorite writers, and A Children’s Bible (2020) — despite a title that, uh, wouldn’t otherwise lure me — is another outstanding, thought-provoking read. It’s a survival story, a climate-change dystopia, and an environmental fable all at once, combining Millet’s usual passions and themes with her usual witty verve.

It’s about a a mix of teenagers and kids who are sequestered together in a rented summer house, at the behest of their drinking, partying parents. As relayed by our viewpoint character Evie, this extended group vacation is an exercise in passing time and avoiding parental guidance, which as it turns out isn’t too difficult. The hedonistic parents are too busy socializing to pay much attention to their children, and this doesn’t change much when an apocalyptic hurricane blows into the area. As the water moves in, conditions at the house rapidly deteriorate and the parents retreat into an ineffectual, inebriated stupor. In reaction, the kids develop a resourceful community spirit to take care of themselves, eventually setting out together to make a new life for themselves as civilization crumbles around them.

Like much of Millet’s work, A Children’s Bible walks a fine line between mainstream fiction and SF — although to be honest it would have felt more science fictional five years ago than it does right now, what with the climate dystopia arriving in real time. Still, the novel possesses a familiar apocalyptic vibe that will resonate with seasoned skiffy readers, as the kids cope with the challenges of a lawless, collapsing civilization. But it’s mostly a realistic survival story told in an appealingly savvy teenaged voice, and its mainstream sensibilities are detectable in the barbed, subliminal commentary that fuels the scenario. The adults, it suggests, are making a horrible mess of the world, and leaving that mess for their descendants to clean up. It’s a simple message, but it’s delivered with humor and empathy, yet another powerful accomplishment from a consistently exceptional writer. 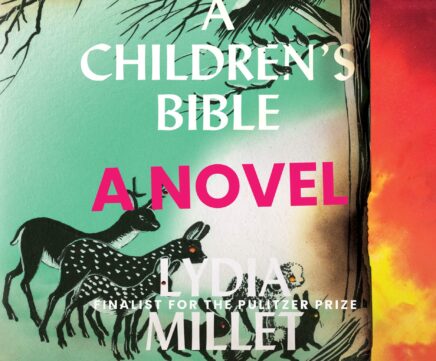 Cover for A Children’s Bible by Lydia Millet 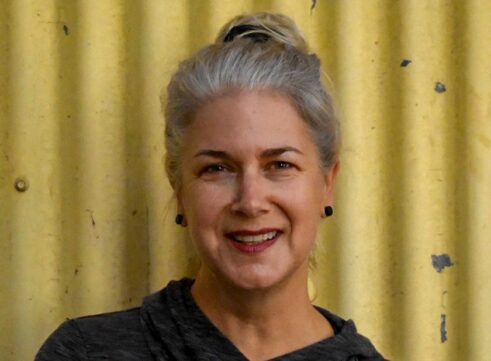