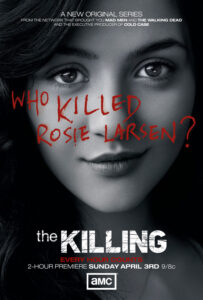 I watch enough bloody television these days that I’ve started to form an internal taxonomy for my reactions to different kinds of shows. It’s largely an unspoken process, but The Killing — which I just binged over the course of a couple of weeks — got me thinking about it more concretely. This four-season AMC crime drama, which I inhaled over the course of a couple of weeks, feels like it should have some sort of TV trope categorization to it, but I can’t put my finger on it. It doesn’t exactly “jump the shark” — although it could be argued that not one but two of its season finales come damn close. It’s not a “miniseries that should have stopped;” indeed, the unexpected and initially unwanted direction of season two actually improves the product. It’s also not a “destination ruins the journey” show in the vein of Battlestar Galactica, Dexter, or Lost. Throughout, The Killing constantly threatened to implode, but for all its problematic sins, I ended up forgiving it, for its potent final scene and two incredible sustained lead performances.

Based on a Danish crime series called Forbrydelsen, The Killing imports Nordic noir to the Pacific Northwest, when a murder in the rain-drenched streets of Seattle delays retiring cop Sarah Linden (Mireille Enos) from handing in her badge. At first, Linden looks like your prototypical steely homicide detective, whose commitment to the job wrestles with the lure of a potential new life in California with her fiance Rick (Callum Keith Rennie) and her son from a previous previous marriage, Jack (Liam James). But Sarah has hidden demons, and they’re triggered by the death of young Rosie Larsen (Katie Findlay), whose body is found in the trunk of a car registered to the mayoral campaign of idealistic Councilman Darren Raymond (Billy Campbell). A lone wolf, Linden reluctantly extends her career to pursue the case, only to get swept up in it in a way that threatens to derail her life. In the process, she’s saddled with an unwanted new partner named Steven Holder (Joel Kinnaman), a big-talking newcomer from a county narcotics squad who has his own storied past. Together, Linden and Holder dig into the mystery of Rosie’s death, which intersects uncomfortably with the political campaign, Rosie’s school and romantic lives, and her immediate family, including grieving parents Stan (Brent Sexton) and Mitch (Michelle Forbes).

Building from a straight-forward, season-long opening murder mystery, The Killing initially presents as a competent but uninspired “prestige TV” cop show, feeling a little like Twin Peaks without the weirdness. It does get instant mileage out of the complex, reluctant chemistry of its two primary characters — Enos and Kinnaman are both stellar from the get-go — but the mystery itself isn’t particularly interesting. With its stately, patient pace, its attempts to generate Scandinavian ambience fail to translate completely into American English. I spent most of the first season impatient for Linden and Holder to turn up whenever the show detoured into the Larsens’ familial grief or the Raymond campaign’s fraught angling.

When the first seasons ends with the murder still unsolved, I nearly bailed in frustration. Indeed, season two continues the same investigation in a steady one-episode-per-day manner — but shifts gears into full-on conspiracy thriller mode, which is a welcome change of energy. Right around this time, the chemistry between Linden and Holden ramps into something truly winning, as their initial head-butting disagreements are replaced by grudging respect and friendship under fire. This leads to a markedly improved second year, which finally resolves the case. The Linden-Holder dynamic carries the show into season three’s compelling new mystery, which involves the pursuit of a serial killer who is preying on unfortunate street kids. Unfortunately, the season-three finale nearly had me hurling my remote at the TV, when an abysmal writing decision villifies the heroes and nearly destroys the show. Had this ended the series — and The Killing, which had already been canceled once and resurrected, didn’t look like it would continue to a season four at this point — it would have been a Dexter-caliber fuckup of a finale. As it is, its second resurrection sets the stage for a dreary, truncated fourth season that nearly sinks the partnership we’ve come to love. Well, until its final moments…

By and large, The Killing is a fraught journey, uneven, occasionally infuriating and not always enthralling. Even so, I’m still glad I watched it, for two very specific reasons: Mireille Enos and Joel Kinnaman. In the hot streak middle stretch of seasons two and three, I was so fully onboard with these two that I would have happily watched a decade’s worth of seasons if it meant getting to see them interact. Kinnaman’s is the flashier, more noticeable role. A former vice detective whose work got him hooked on narcotics, Holder swaggers through life conversing in an affected, streetwise hick jive that has witnesses calling him out for cultural appropriation. Somehow, though, Kinnaman sells it — both the over-confident, ladder-climbing swagger and the subtler, more sensitive issues lurking in the back of his psyche. But ultimately it’s Enos who shines the brightest, in a brilliantly slow-building portrayal that gains facets and depth as it goes. Enos takes Linden’s stone-faced resolve to deeply emotional places, an epic journey from inscrutable professional to complicated powder keg. Even when the ill-considered season four decisions shift the partners into a thorny, problematic new predicament, Enos remains consistently brilliant.

Along the way, of course, there are all those rocky bumps in the road: the underwhelming season one finale, the devastating season three ending, moments of problematic police behavior and troubling shock tactics, and a season four arc that heartbreakingly spends much of its running time sundering the bond of its heroes. But there are also sensational acting bright spots throughout, particularly from the leads but also talented guest casts that include the likes of Joan Allen, Jamie Ann Allman, Campbell, Forbes, Gregg Henry, Elias Koteas, Peter Saarsgaard, Amy Seimtez, Sexton, Jewel Staite, Bex Taylor-Klaus, and many others. And then there’s the show’s final scene. It’s a breathtaking one between Linden and Holden that, mercifully, damn near rescues the experience. The Killing is a messy series with an erratic overall shape, but as a gripping partnership character study it’s very much worth watching, and its closing moments are truly satisfying — so much so that I’ve happily forgiven its many blemishes. 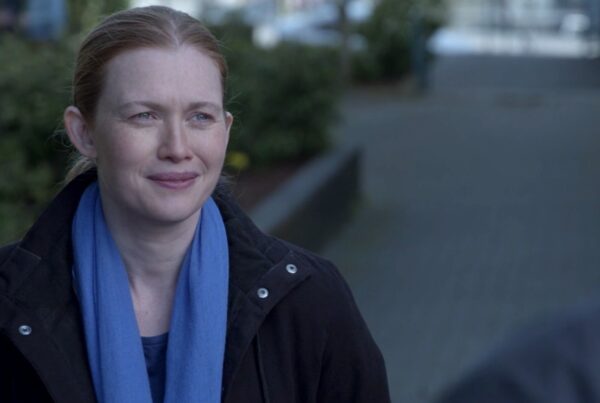 Mireille Enos in The Killing 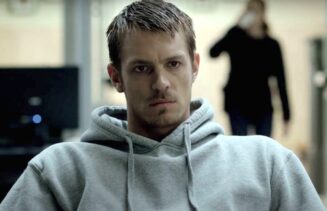 Joel Kinnaman in The Killing 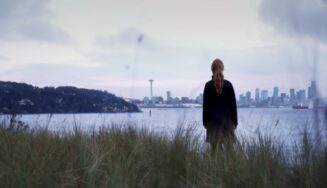 Mireille Enos in the The Killing