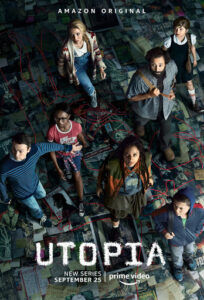 For me, the cardinal sin of Amazon’s Utopia is that it really looks like it should be fun. But this eight-episode season is decidedly unfun; indeed, it quickly escalates into something uniquely unpleasant. It loses additional points, through no fault of its own, by being a pandemic-based thriller at exactly the wrong moment.

The series involves a legendary, long-lost comic book: Utopia, the sequel to a popular cult series called Dystopia. Its unearthing by a young couple — who find its pages in the personal effects of a dead relative — sets off a bidding war at a comic book convention. Our heroes are an online chat group filled with Dystopia devotees who have never met in person: brainy Samantha (Jessica Rothe), cheerful but chronically ill Becky (Ashleigh LaThrop), nerdy Ian (Dan Byrd), and paranoid Wilson (Desmin Borges). Finally meeting in real life, the four of them pool their resources to acquire the precious comic, hoping to study its panels and uncover its mysteries. (Allegedly, hidden in the artwork are predictive clues toward real-world virus outbreaks.) Eventually the group obtains the fabled book, but not without difficulty and, ultimately, peril. When one of Utopia’s characters — Jessica Hyde (Sasha Lane) — turns out to be real, they find themselves thrown headlong into a dangerous conspiracy. It seems there are other forces in the world also seeking the pages of Utopia, in order to cover up their secret, world-altering agenda. This sets off a life-and-death adventure as the quirky underdogs try to outrace an evil mastermind and his minions, and counter their destructive, world-shaping agenda.

The failure of Utopia is a peculiar one, in that the first episode promises a wild, inventive comic-book conspiracy with a likable, plucky band of Davids going up against a nefarious Goliath (John Cusack, who portrays the dastardly Dr. Kevin Christie). And it seems to possess the full toolbox of Peak TV class, including high production values, an eerie and compelling credit sequence, and the authorial street cred of Sharp Objects’ Gillian Flynn. Unfortunately, despite winning turns from LaThrop and Rothe, the team chemistry never quite gels, and the elaborate lore — stitched together with unconvincing decisions and logistics — doesn’t lead to a particularly interesting destination. I did enjoy Rainn Wilson’s turn as an awkward virologist named Michael Stearns, even if his “brilliant” scientist is a little too dim; better is Jeanine Serralles in an unexpected, eye-catching turn as Stearns’ wife Colleen. Christopher Denham and Hadley Robinson do nice work as two of Cusack’s more prominent minions, and Sonja Sohn makes a welcome appearance in a key role. But overall, Utopia is a grim, disappointing story marred by scenes of graphic violence, torture, and trauma. Its super-serious atmosphere wages war with an urge toward playfulness — a clunky tonal clash that renders the show both hard to take seriously and awkwardly unfunny. I only managed to finish it because it felt like it should have been good. 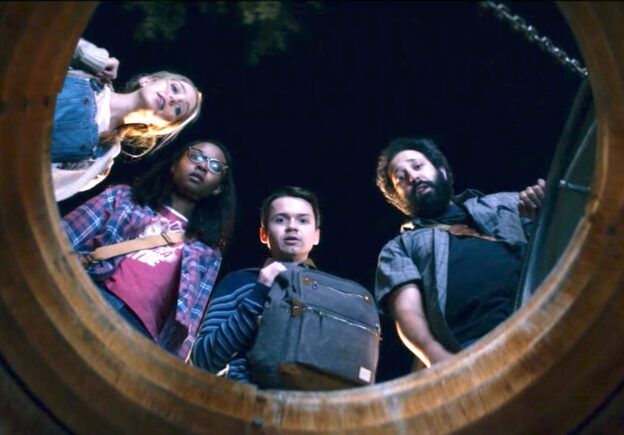 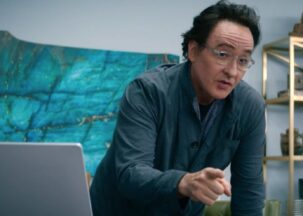 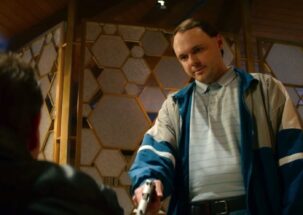 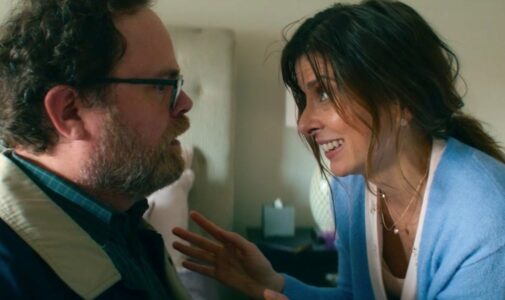 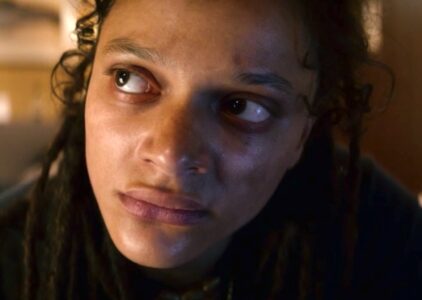