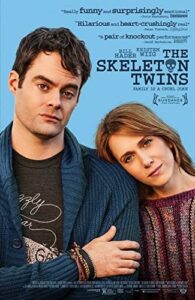 I have a soft spot for stories about broken people trying to hold each other together, which goes some way toward explaining my positive reaction to The Skeleton Twins (2014), an agreeable if melancholy film about struggling siblings who find each other again after a decade apart. Maggie Dean (Kristen Wiig) is an unhappy dental hygienist in upstate New York, whose despair leads her to consider suicide. Her attempt, however, is interrupted by a call from far away California, where her distraught gay brother Milo (Bill Hader) is in the hospital, having just slit his own wrists. Maggie flies out to check on him, and ends up inviting him back to New York to live with her while he gets back on his feet. The new proximity of the once-close siblings teases out the troubling events of their mutual past, and forces them both to confront the toxic circumstances of their broken lives.

The Skeleton Twins has a peculiar tone, an off-putting blend of light-hearted humor and bleak psychological character study that isn’t entirely successful, but does afford the talented Hader and Wiig an opportunity to show off both their comedy chops and their dramatic abilities. The supporting cast is also terrific; Luke Wilson is particularly good as Maggie’s dim, good-natured husband Lance, while Ty Burrell, Joanna Gleason, Boyd Holbrook, and Kathleen Rose Perkins are terrific in supporting roles. It’s not exactly the feel-good film one might expect, considering the cast, but it’s an effective relationship dramedy that finds hope in its darkness. 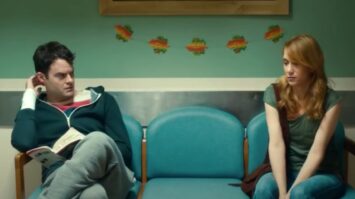 Bill Hader and Kristen Wiig in The Skeleton Twins 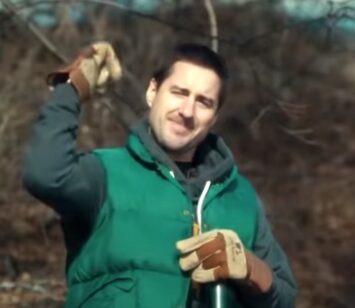 Luke Wilson in The Skeleton Twins 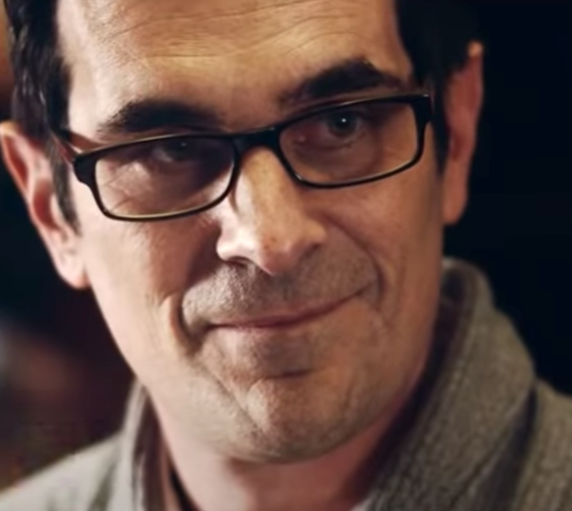 Ty Burrell in The Skeleton Twins 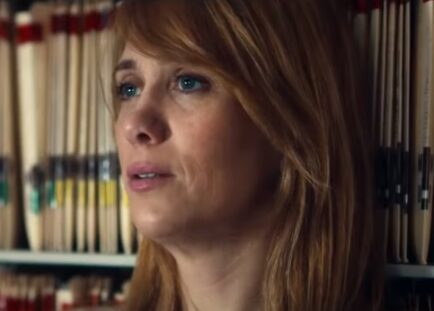 Kristen Wiig in The Skeleton Twins 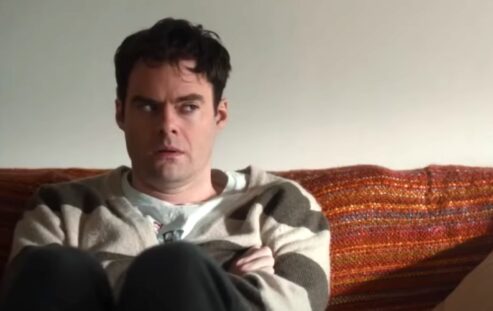 Bill Hader in The Skeleton Twins