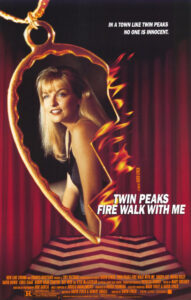 Has there been a film with a more complicated critical reception than David Lynch’s Twin Peaks: Fire Walk with Me (1992)? Quite possibly so, but this one’s got to be up there. Even the diehards bristled against it upon its release, and I — as a more casual fan of the franchise at the time — certainly don’t feel like I “got it” when I first watched it in the nineties. But recently my interest was renewed by the brilliant sequel series Twin Peaks: The Return, and since I’m gearing up to watch that one a second time, I decided to refresh my memory on Fire Walk with Me. It seems to be an important formative ingredient in the sequel’s makeup.

Twin Peaks: Fire Walk with Me is the prequel film to Lynch’s groundbreaking TV series Twin Peaks, a bizarre small-town murder mystery set in the Pacific Northwest that mixes elements of cop procedurals, soap operas, and supernatural horror. Say what you will about the original show — some of which doesn’t hold up all that well — there was never anything quite like it, and even by today’s standards there are moments in that original series (especially in the first ten or twelve episodes) that are mind-blowing, especially considered in the context of their era. Last time I watched it, I remember being flabbergasted that certain scenes had made it onto network TV.

Further unshackled from the restraints of 1990s television, Fire Walk with Me goes back in time to look at the events leading up to the death of Laura Palmer (Sheryl Lee), the mystery that drives much of the TV show’s first half. This includes an intriguing “prologue” involving the murder that presaged Laura’s demise, that of Teresa Banks (Pamela Gidley). Banks’ death is investigated by chill FBI agent Chet Desmond (Chris Isaak) and his bookish young forensics assistant Sam Stanley (Kiefer Sutherland). This lore-drenched sequence plays heavily into The Return’s mythos, while also setting the stage for the tragic final days of Laura, which are examined in great detail in the film’s home stretch. The narrative proceeds to delve into Laura’s traumatic, tortured final experiences suffering at the hands of the supernatural figure “Bob” (Frank Silva), a sinister entity from the extradimensional Black Lodge who possesses Laura’s father Leland (Ray Wise). Laura’s tragic journey weaves in and out of the lives of Twin Peaks’ many quirky denizens, filling in the gaps of the show’s backstory, and serving as explicating connective tissue to the many mysteries of the Laura Palmer case — even as a few new puzzling supernatural mysteries are introduced.

Rewatching this some twenty-five years after the fact, I had the curious sensation of observing it as two different people — which seems apropos, considering this is a Lynchian nightmare. One version of me was the ghost of the unseasoned twenty-something viewer who found Fire Walk with Me compellingly baffling, but also vaguely dissatisfying for how much it differed from the TV show, including the reduced role for Special Agent Dale Cooper (Kyle MacLachlan), who I think is a key selling point for the original series’ appeal. The other version is the older me, freshly haunted by the unsettling meta-brilliance of Twin Peaks: The Return and eager to mine further nuggets of wisdom from this polarizing film.

I found myself both liking it more and less than I remembered. Older Me totally grooved on the intriguing opening stretch featuring Desmond and Stanley, and felt like the story lost its momentum once Laura came onstage for her epic, soul-crushing demise. Younger Me, meanwhile, still enjoyed seeing the various tie-in clues in the later section, and spent the early stages waiting for everything to connect up with the series. Both versions of me, meanwhile, resisted the more unmitigated, graphic depiction of the appalling abuse heaped on Laura throughout, a grim dive into the specifics of her tragic physical and psychological journey.

In the end, I came away even more conflicted about Fire Watch with Me than I had been going in. Lynch’s twisted vision is at times as inventive and unnerving as ever, hinting at the offbeat brilliance of future projects like The Return and his 2001 masterpiece Mulholland Drive. And Lee’s manic performance is definitely something to behold: raw, heightened, gutsy, and all over the map, sometimes breathtaking and other times unbelievable. But I also feel like there are times when Fire Walk with Me renders explicit much of what made the show so elusive and magical, which may in fact be part of the point. Lynch might well be saying with this film, “Yeah, the mystery you loved in the TV show is quirky and funny and odd and appealing, but wake up: Laura’s suffering was real and it was horrible!” Since its release, the film has gone from much maligned to rediscovered as a misunderstood gem. My reaction is somewhere in the middle of that, but ultimately impressed. As with The Return, Lynch challenges his fans to reject more of what they think they want in favor of something even more perverse and challenging. In that way, this film is indeed an important bridge between Twin Peaks’ groundbreaking origins and its spectacular conclusion. 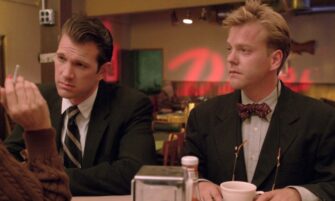 Chris Isaak and Kiefer Sutherland in Twin Peaks: Fire Walk with Me 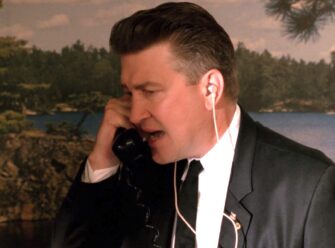 David Lynch in Twin Peaks: Fire Walk with Me 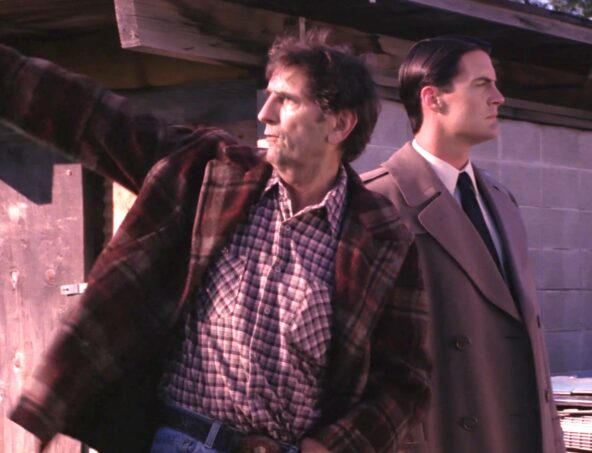 Harry Dean Stanton and Kyle McLachlan in Twin Peaks: Fire Walk with Me 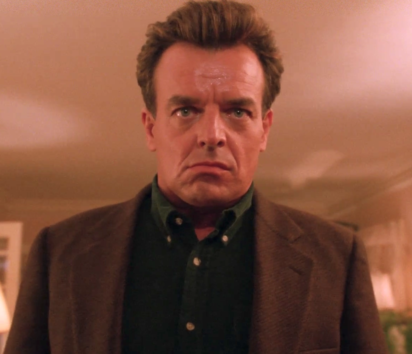 Ray Wise in Twin Peaks: Fire Walk with Me 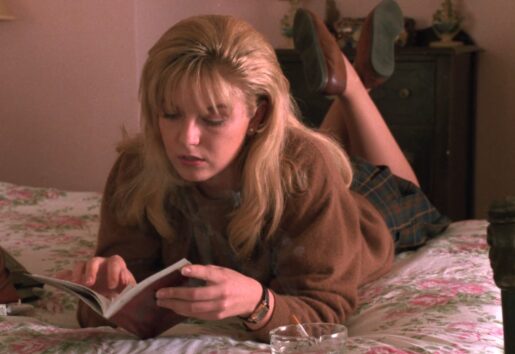 Sheryl Lee in Twin Peaks: Fire Walk with Me