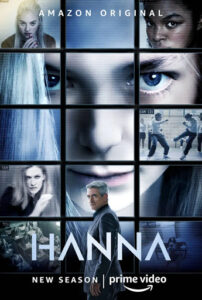 It was surprising at first to learn that 2011 film Hanna was getting a television reboot. I quite enjoyed the original film, an unusual coming-of-age spy adventure featuring Saoirse Ronan as a teenaged superspy, but wasn’t sure it had a robust enough premise to sustain a series. Nonetheless, I put it in my queue out of curiosity, and I’m glad I did. It’s hardly an earth-shatteringly exceptional example of the genre, but it’s finely produced and diverting.

Hanna tells the story of an extraordinary young woman named Hanna (Esme Creed-Mills). Raised only by her stoic, loving father Erik Heller (Joel Kinnaman), Hanna lives a harsh survivalist existence in the wilderness of Poland. Erik has been training her relentlessly for the harsh world beyond their isolated corner of it, while also committed to protecting her from it until she’s truly ready. But Hanna’s curiosity gets the best of her, and when she wanders too close to civilization, a chain of events begins that gradually reveals her mysterious origin. Hanna is a product of the UTRAX program, a genetic experiment by the United States government to create a super-soldier, and when she strays back onto the grid, it attracts the attention of the CIA’s relentless Marissa Wiegler (Mireille Enos), forcing Hanna and Erik to flee their safe haven for a new life of the run, where Hanna’s training is finally put to the test.

The film version got most of its mileage out of Saoirse Ronan’s convincing central performance, which brings an affecting YA vibe to an incongruous Jason Bourne-like action hero. Hanna’s TV update borrows the basic set-up but spins the logistics slightly, making the show feel familiar but also its own. Hanna remains the focus, of course, and Creed-Mills — while not quite at Ronan’s level — is solid holding the spotlight. If her occasionally flat affect makes her less dynamic than Ronan, it also makes her more convincing as a spy rapidly hardening under life-and-death pressure. But Hanna’s first season also deviates from the film, most significantly with a ramped-up B story that pits the stars of The Killing, Enos and Kinnaman, against one another as angling rivals. I adored both of them on that show, which happens to be quite fresh in my mind, so it was a treat to see them together again in this vivid, unexpected new context, playing characters to which they’re well suited. The first season will likely please casual spy-fi fans, but the Enos-Kinnaman dynamic is an added meta-bonus for Killing followers.

Season two relies more on Hanna herself, as she and a fellow rescued UTRAX operative named Clara Mahan (Yasmin Monet Prince) first try to elude, and later penetrate, the program — which relocates to rural England, at an idyllic manor house called the Meadows. Unfortunately, season two loses its sense of high-stakes urgency for much of its length, and Creed-Mills and Prince can’t match the depth and gravitas of Enos and Kinnaman. Still, there are some interesting new elements, including nicely played new UTRAX operatives played by Áine Rose Daly and Gianna Kiehl, ruthless new villainy from Dermot Mulroney, and an interesting subplot featuring an NSA agent named Terri Miller (Cherrelle Skeete) whose job is to interact over social media with the Meadows trainees as part of their social conditioning. Eventually, season two builds momentum in its final two episodes, which looks like a solid springboard into a new paradigm.

In light of the stiff competition these days, I wouldn’t put Hanna in the top ranks of modern spy TV shows, but it’s an engaging diversion that makes appropriate use of its solid cast, interestingly re-interprets its source material, and provides plenty of attractive international scenery. I’m not sure I’d call myself a devotee or anything, but I’m happy to have it in the rotation. 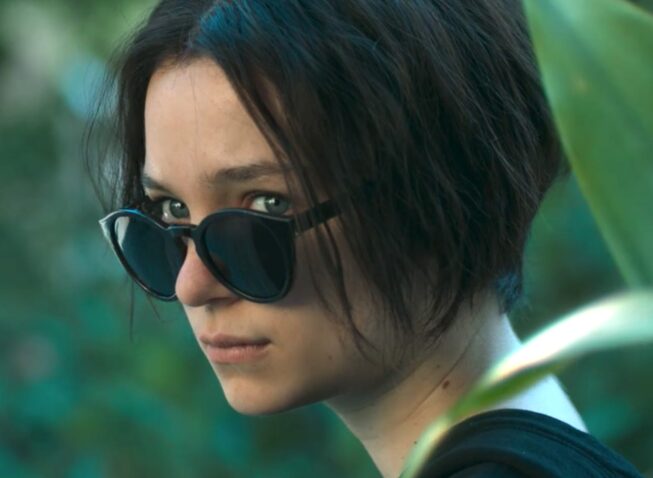 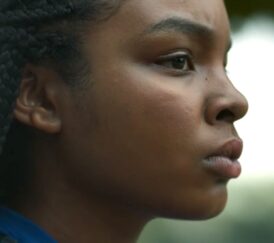 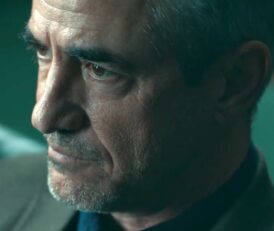 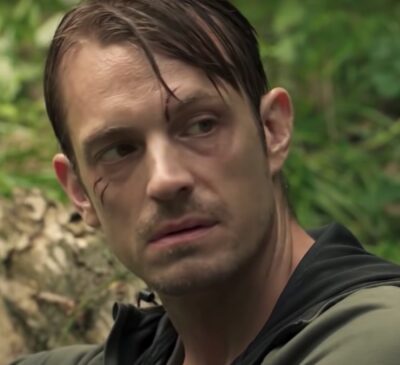 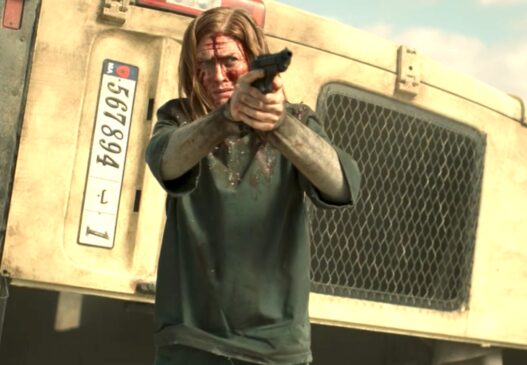 Novel: The Ministry for the Future by Kim Stanley Robinson