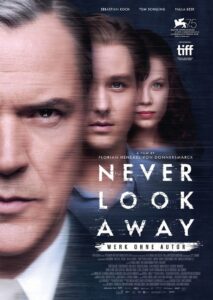 I didn’t find Florian Henckel von Donnersmarck’s Never Look Away (2018) as powerful a film as his earlier The Lives of Others, but it’s definitely of a piece, a period historical about politics, struggle, and truth. This one has a broader historical scope and considerably more sprawling and scattered narrative, but its themes and period focus are similar, and it all adds up to a compelling story.

The film chronicles the coming of age — both romantically and artistically — of a young artist named Kurt Barnert (Tom Schilling). As a child in Nazi Germany, Kurt’s aunt Elisabeth (Saskia Rosendahl) is committed to an asylum due to schizophrenia. She’s later sterilized on the orders of Nazi doctor, Professor Carl Seeband (Sebastian Koch), and eventually killed as part of a ghastly euthanasia program. Never forgetting his beloved aunt, Kurt grows up to meet and falls in love with a fashion student in Dresden named Ellie (Paula Beer), with whom he begins a clandestine romance under the nose of her disapproving father. While his relationship eventually comes out into the open, Kurt and Ellie later seek to get out from under her father’s toxic thumb, not to mention the communist political system in East Germany that stifles Kurt’s artistic ambition. Eventually they defect to the west, where Kurt applies to a modern art school in Düsseldorf. There, he struggles to break free from the “socialist realism” of his earlier career and find a new artistic voice. When he finally does so, it’s by channeling himself into a new series of paintings that tie together the disconnected fragments of his past.

Never Look Away is based loosely on the life of German painter Gerhard Richter, and while the details are altered significantly, there is still a general biopic shape to the narrative. The script allows for a considerable build-up of backstory before its thematic mission becomes apparent in the second half, but it’s time well spent, because it’s hard to imagine Kurt’s late-film artistic breakthroughs having as much of an impact without the careful groundwork of these earlier sequences. Ultimately, the tapestry doesn’t quite build to the master-stroke of an ending it seems to be aim for; The Lives of Others possesses one of cinema’s best final moments, in my opinion, and this one looked as if it might be heading to a similar finish. Alas, perhaps because of the biographical inspiration, it doesn’t quite deliver that coup de grace moment. But it’s still an engaging and powerful film that should appeal to fans of Henckel von Donnersmarck’s earlier masterpiece, bolstered by a rich visual look and superb performances from everyone involved. 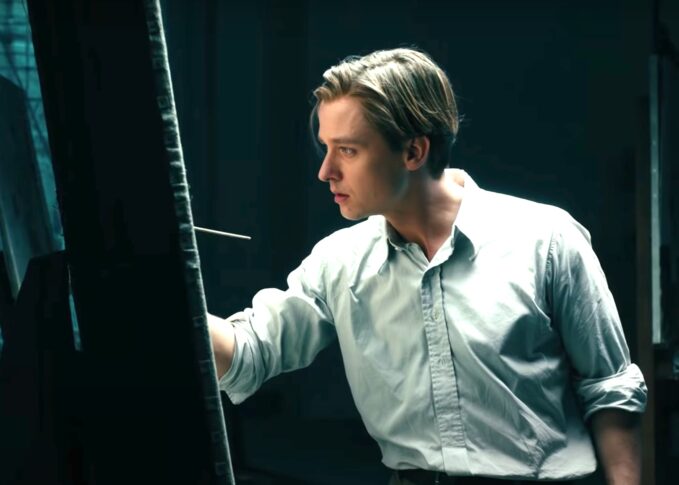 Tom Schilling in Never Look Away 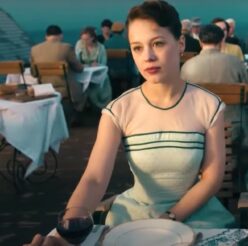 Paula Beer in Never Look Away 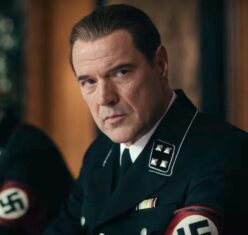 Sebastian Koch in Never Look Away 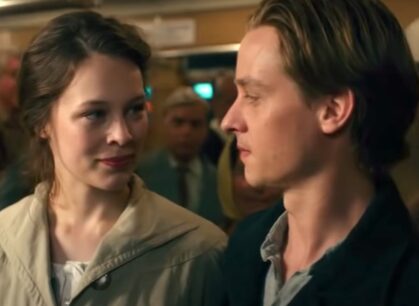 Paula Beer and Tom Schilling in Never Look Away 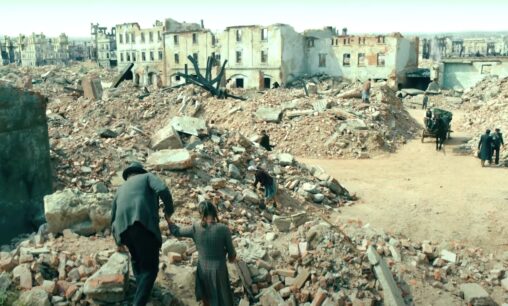 A scene from Never Look Away

Novel: A Conspiracy of Faith by Jussi Adler-Olsen