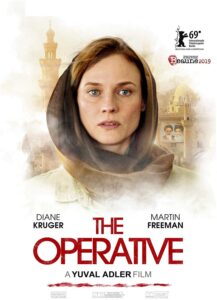 As gritty, realistic spy thrillers go, The Operative (2019) has a lot going for it: an authentic feel, fine performances, suspenseful sequences, and an involved, intricate plot. It’s a shame, then, that it doesn’t stick the landing — in fact, it barely lands at all. The walk-on is classic espionage story-telling: Thomas (Martin Freeman), a former Mossad agent handler, is called out of retirement when a field agent he used to run named Rachel Currin (Diane Kruger) makes a mysterious phone contact. Rachel has been off the grid, and the Israeli intelligence service is keen to learn what exactly their former agent is doing. Thomas provides the background, recounting Rachel’s unlikely career, during which she ascended from a useful outsider performing minor tasks to a primary agent, spearheading an Israeli plot to sabotage Iran’s nuclear ambitions. But during the course of her mission, Rachel — a good soldier who has exceeded every expectation — got involved with her target, an electronics executive named Farhad (Cas Anvar), and ultimately became jaded by the methods of the masters she has so obediently served. That she has now resurfaced suggests some kind of agenda, but what?

It’s an age-old spy-fi arc: an idealistic, enthusiastic recruit becomes disillusioned by the cause she believes in once she starts to see the human costs involved. Well, that and she sees how the sausage is made, as her Mossad colleagues bend and twist her idealistic mission into something sordid and ruthless. But the story is quite effectively told. Kruger is the real deal, selling her guise well; she’s accessible enough to invest in, but also inscrutable enough to be convincing as a dissembling agent. The rest of the cast is rock solid, and the convoluted plot is nuanced and puzzling, while also thrusting its hero into a number of tense, nerve-wracking operational situations.

But for a film so structurally reliant on the protagonist’s endgame, artisticallyThe Operative doesn’t seem to have one, or not enough of one. There is a theme being worked here, which Rachel’s last-ditch gambit successfully illustrates: it involves her agency, and how she has too often failed to exercise it in her intelligence work. But having said that piece, the film runs out the clock with a taut but unsatisfying escape that doesn’t feel like it closes the narrative loop. It’s a shame, because the journey is solid spy fare, but ultimately the film comes to an abrupt and ambiguous (in a a bad way) halt, just a scene or two shy of feeling complete. 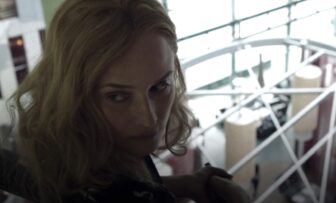 Diane Kruger in The Operative 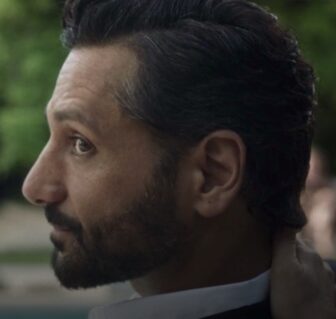 Cas Anvar in The Operative 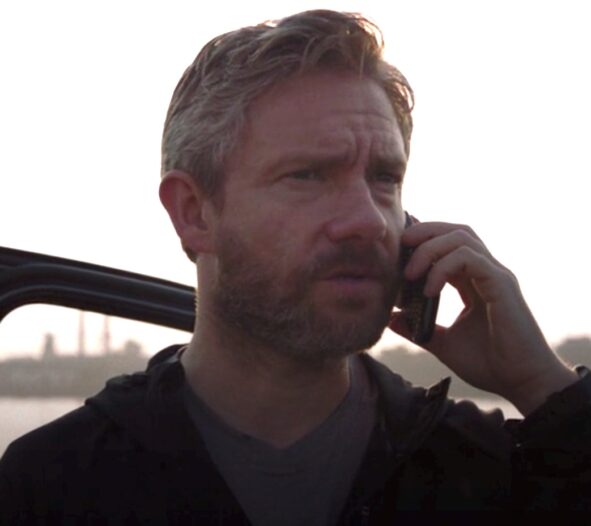 Martin Freeman in The Operative 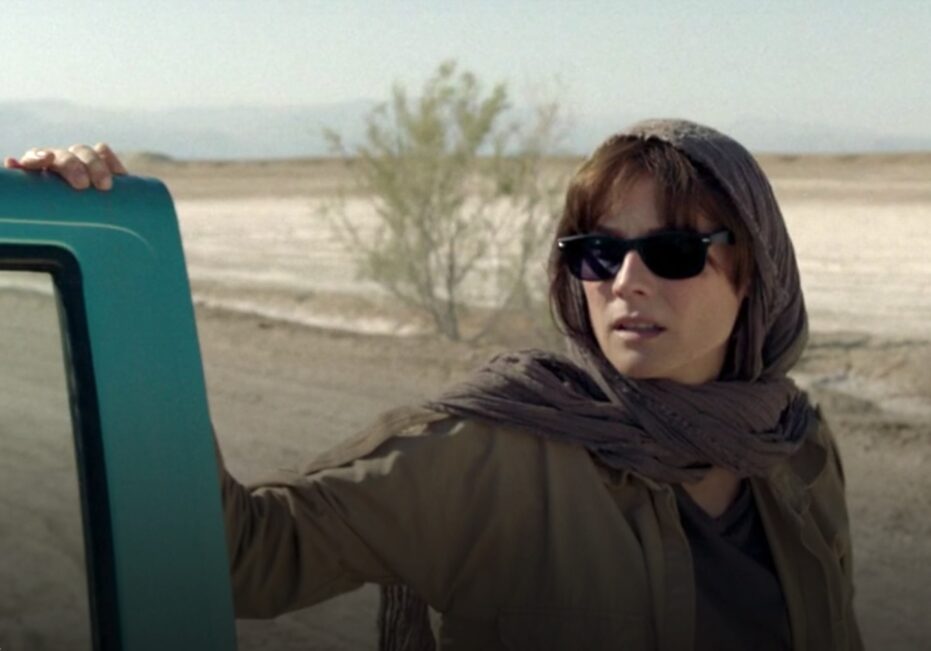 Diane Kruger in The Operative

Film: I Used to Go Here