Film: The Shape of Water 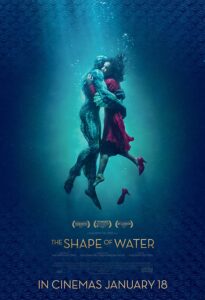 I’ve come to expect a certain something from a Guillermo del Toro film — gruesomely punctured cheeks, for example — but I definitely wasn’t expecting most of The Shape of Water, a gorgeous, surprisingly sentimental film that wraps its science fictional romance in perverse tonal flourishes.

In the 1950s, a mute cleaner named Elisa (Sally Hawkins) works at a secret government facility, where strange military-industrial science experiments take place. Elisa is a creature of habit, her routine regimented, her meager social life limited to interactions with fellow outsiders such as her gay neighbor Giles (Richard Jenkins) and her black colleague Zelda (Octavia Spencer). But Sally’s life is turned upside down when a dastardly military officer named Strickland (Michael Shannon) turns up at the lab, in charge of researching a mysterious being: a Creature from the Black Lagoon-like amphibian humanoid being (Doug Jones). The creature, captured in South America, is now being cruelly experimented on. After helping to clean up an accident near the creature’s tank, Elisa gradually develops a rapport with the creature, which soon escalates into unexpected affection. Soon, motivated by Strickland’s cruel treatment, Elisa takes desperate action to save him.

The Shape of Water is an absorbing entertainment, and possesses a glorious look, with a striking color palette, impressive set design, and well rendered visual effects. Hawkins is appealing in the lead, aided by fine chemistry with her allies Spencer, the always-wonderful Jenkins, and Michael Stuhlbarg, who turns up as a sympathetic scientist working at the facility. Strickland’s villainy is extremely unsubtle, to say the least, but Shannon does a fine job rendering the character thoroughly hateful. And the film’s pacing is nicely clocked, making it feel faster than its two-hour running time.

Is there something a little manipulative about it? Possibly; Del Toro peppers the scenario with all sorts of background Hollywood nostalgia that serves no purpose beyond situating the viewer’s plot expectations, and making the film resonate with Academy voters. He then undercuts that light, winning tone with perverse digressions into gore, including torture, as if to remind you it’s a del Toro film. A viewer watching the techniques too closely may find it a bit pandering and overloaded with auctorial indulgence. On top of that, one flight of fancy late in the film does an especially egregious job of amplifying the toxic handling of Elisa’s disability, which isn’t generally messaged well. These drawbacks didn’t erode my in-the-moment experience too drastically, not were they detrimental to the general execution of what in fact is pretty straightforward, engaging story. But they did leave me feeling at an arm’s length from the film, suspicious of its emotional techniques. 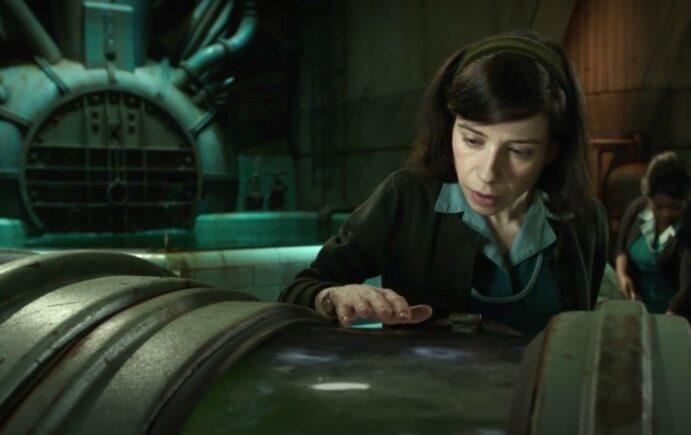 Sally Hawkins in The Shape of Water 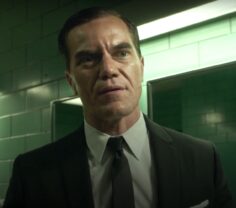 Michael Shannon in The Shape of Water 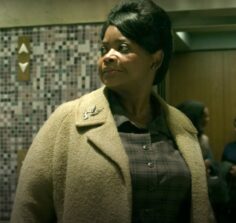 Octavia Spencer in in The Shape of Water 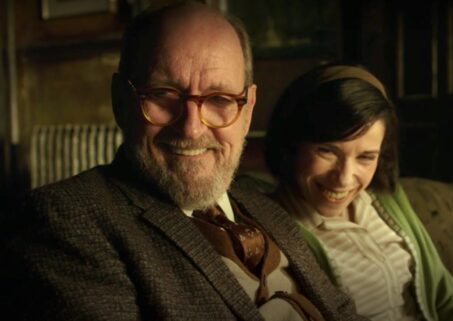 Richard Jenkins and Sally Hawkins in The Shape of Water 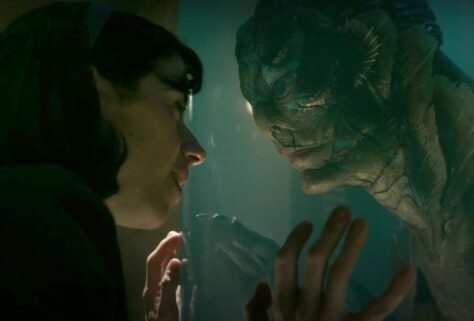 Sally Hawkins and Doug Jones in The Shape of Water