Film: The Catcher was a Spy 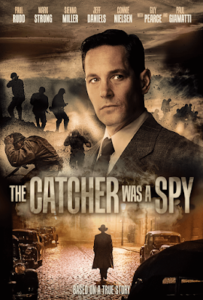 It seems I begin every biopic review by bemoaning the genre’s structural handcuff, and The Catcher was a Spy (2018) looks like another case in point. The protagonist, Morris “Moe” Berg (Paul Rudd), was unknown to me, yet the film’s story beats clicked out like familiar clockwork. Fortunately, Berg’s a relatively interesting character: a secretive, highly intelligent man whose professional baseball career comes to an end just as World War II approaches. Berg — who speaks nearly a dozen languages — gets on the radar of the OSS., the intelligence service that would later become the CIA. Its leader William Donovan (Jeff Daniels) recruits Berg to work for the new agency. Berg takes the job, but chafes against the stodgy desk work he’s doing until Donovan finds a suitable, high-stakes field mission for him: going to Europe to assassinate German physicist Werner Heisenberg (Mark Strong).

Even though the rhythms are predictable, Berg’s life and the historical era are interesting enough to sustain an efficient ninety-minute film. The stage is set by examining the many ways Berg was primed for a career in deception during the latter days of his baseball career, which establish his intellectual reputation as “the Professor,” his status as a non-practicing Jew, his closeted homosexuality, and an unhappy, deceptive relationship with a music teacher named Estella (Sienna Miller). Once he joins the OSS, the film’s furniture — stuffy bureaucratic halls, exposition-heavy briefings, perilous war-zone action, tense skulking tradecraft — starts to look a little more shopworn. Director Ben Lewin overcompensates for the talky bits with drifting pans across the faces of Men Talking About Important Things, but overall the production values and location work are solid and the film has a superb look. Rudd isn’t exactly intuitive casting for an inscrutable man of mystery, but his charisma helps sell the drier material, and his camaraderie with his mission team — scientist Samuel Goudsmit (Paul Giamatti) and military liaison Bob Furman (Guy Pearce) — elevates an engaging final act. In the end, I’m not sure it adds up to much more than a vaguely intriguing historical footnote, but it’s a quietly professional period spy drama. 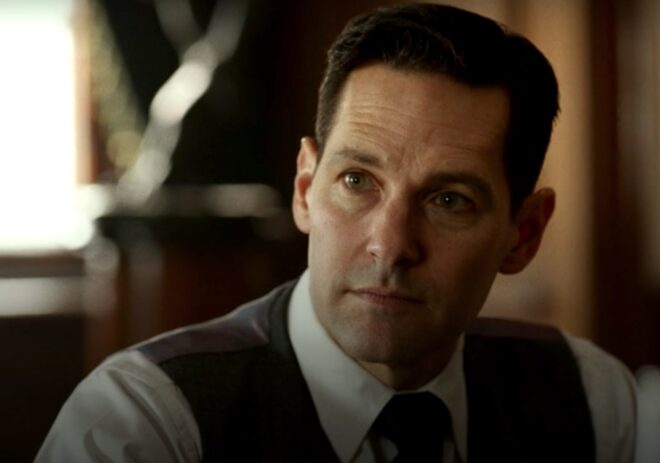 Paul Rudd in The Catcher was a Spy 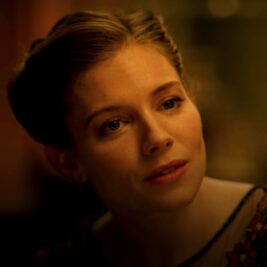 Sienna Miller in The Catcher was a Spy 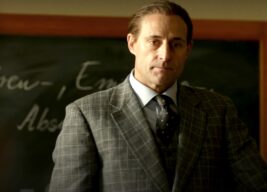 Mark Strong in The Catcher was a Spy 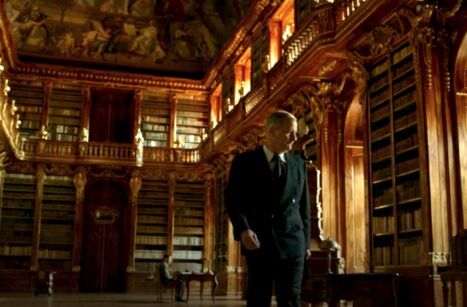 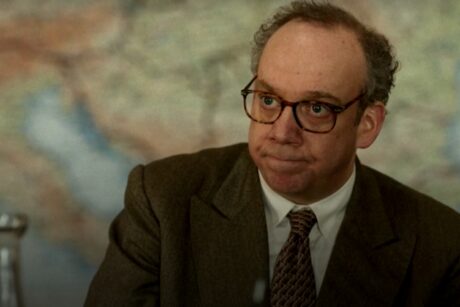 TV: The Falcon and the Winter Soldier