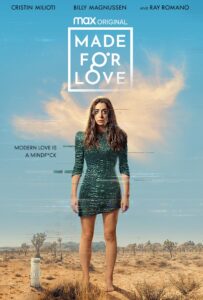 While there’s plenty to like in Max’s new series Made for Love, its likability never quite escalates into, well, love. A neat concept on paper, it’s got a strong cast, a fetching look, and an appealing tone, but there’s something strangely mild about it, considering the loaded subject matter.

Cristin Milioti’s star continues to rise as Hazel Green, a young woman whose perfect-seeming life is anything but perfect. After ten years in the opulent but sterile perfection of “the Hub,” Hazel escapes from her smothering technology billionaire husband Byron Gogol (Billy Magnussen), desperate to regain her freedom. There’s a problem, though: Byron installed a microchip in her brain — part of an ill-conceived plan to technologically perfect romance — and is now monitoring her every move. As Hazel reintegrates to the real world, the backstory of her impulsive decision to marry Byron (and the subsequent psychological toll) plays out in flashback as his remote influence on her life continues. Meanwhile, she looks to chart a new path forward in her newly reduced circumstances.

Made for Love‘s primary asset is its cast, and it’s hard to imagine the show working without the specific performers in place: especially Milioti, who brings considerable charisma and depth to the crucial central role. Her inherent likability plays off nicely against Magnussen’s amusingly cartoonish toxicity. There’s also Ray Romano, who delivers a thorny but sympathetic turn as Hazel’s father Herbert, whose life is emblematic of the impoverished, mundane world Hazel fled when she spontaneously married Byron. And Dan Bakkedahl brings his trademark cranky humor as Herringbone, Byron’s angling employee looking to benefit from the marital disarray.

Unfortunately, there’s something flimsy and distant about Made for Love. The story doesn’t do much beyond illustrating its core metaphor: the microchip symbolizing the stultifying psychological grip of an abusive, controlling relationship. The show builds this out effectively enough, and the messaging is certainly adroit, but there are other elements at play — science fictional and comedic — that aren’t nearly as accomplished. Made for Love attempts a Black Mirror savvy with its techie future without quite achieving it, and while there’s a welcoming lightness tonally, the humor is mildly amusing at best. Fortunately, it’s generally well produced and the performers make it an effortless watch, which in itself is probably worth following. But I came away questioning its sustainability, and slightly underwhelmed. 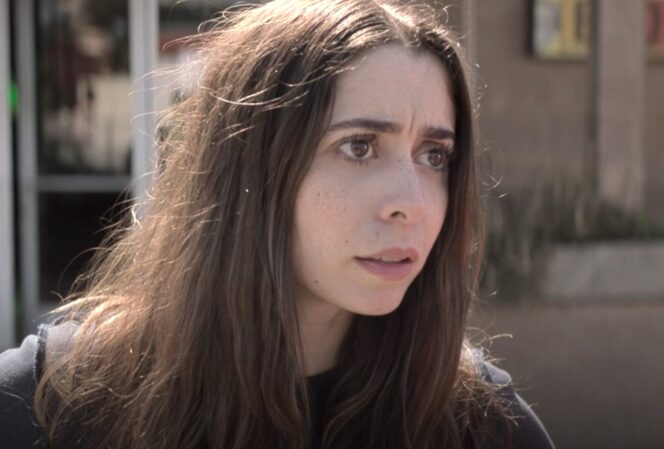 Cristin Milioti in Made for Love 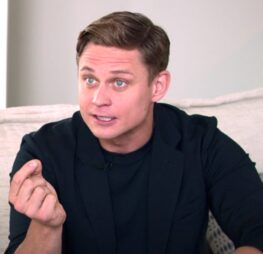 Billy Magnussen in Made for Love 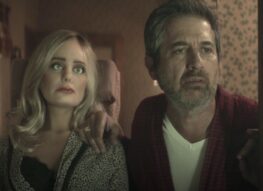 Ray Romano in Made for Love

Film: The Woman in the Window