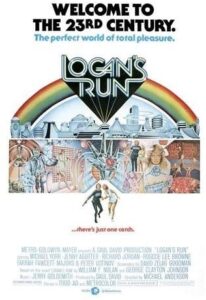 Considering the size of the shadow it’s cast, Logan’s Run (1976) is a shockingly third-rate movie, which didn’t really surprise me, since I don’t recall particularly liking it the first time I saw it. Why watch it again, then? Well, that shadow is strangely large, and it occurred to me I was using it as a inner comp title: the epitome of cheesy 1970s sci-fi spectacle. Perhaps it would be worth revisiting out of a sense of academic duty. Or something.

The superficial utopia of Logan’s Run takes place within a giant geodesic shopping mall. Within this city, humanity — now composed of all white people, apparently — lives a hedonistic but highly controlled life. To maintain this society at a sustainable equilibrium, everything is regulated, most notably lifespans: at age thirty, the “elders” of this society are sacrificed in an arena-like ritual that turns the participants into exploding Cirque du Soleil performers. This ritual is a supposed chance at “renewal” for the lucky few.

The fact that nobody seems to ever achieve renewal doesn’t seem to bother Logan 5 (Michael York), a “Sandman” who upholds the computer-regulated status quo by hunting down and killing runners who don’t want to turn into fireworks when they turn thirty. Logan, something of a true believer, sees no reason to question the system that keeps everyone complacent and empowers him to go on gleeful, sociopathic killing sprees with his running buddy Francis 7 (Richard Jordan). But Logan’s tune changes when his latest termination yields an artifact associated with “Sanctuary,” a supposed haven for escapees attempting to live beyond their allotted time. The supercomputer assigns Logan to look for Sanctuary, adding urgency to his mission by resetting his “lifeclock” to steal his remaining time. This essentially turns Logan into a runner, prompting him to seek the aid of Jessica 6 (Jenny Agutter), a young woman he dialed into his apartment using a quasi-futuristic Tinder app. Jessica seems to have a connection with an underground group that is assisting runners. She joins Logan as he flees for his life, while they are relentlessly pursued by Francis 7, who becomes obsessed with Logan’s betrayal.

Well, Logan’s Run is kind of stupid and boring. Stealing liberally from earlier camp classics (Planet of the Apes, Soylent Green), it depicts a slapdash false utopia that feels like a right-wing ad exec’s vision of hippie excess, which it simultaneously revels in and condemns. The film’s not without a certain campy aesthetic, mind you; the pastel, male-gazey, indoor suburbia is a silly but colorful backdrop promising Big Stupid Fun Movie vibes. Alas, the special effects are weak, the plot is muddy, the acting is bland, and really it’s just hard to care, because its “hero,” Logan, is kind of a shallow, homicidal jerk. Somehow, this film even manages to make Peter Ustinov dull. There’s a certain silly throwback appeal lurking in its garish surfaces, to be sure, but Logan’s Run is ultimately a dopey, cartoonish adventure that tries to pass off its nonexistent point of view as profundity. 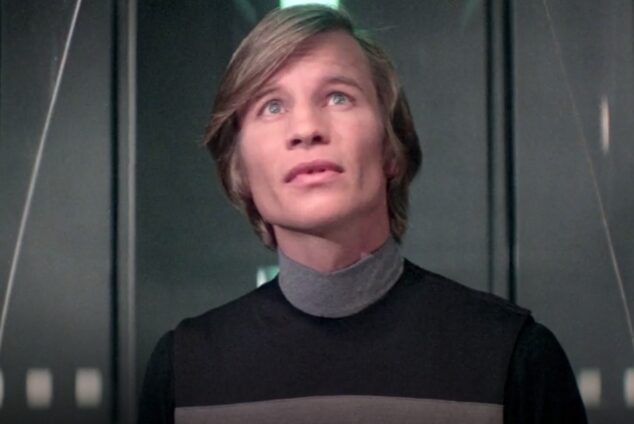 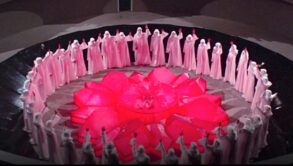 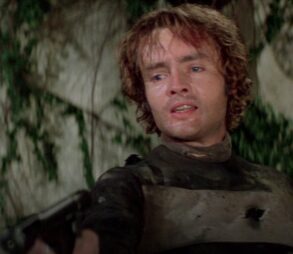 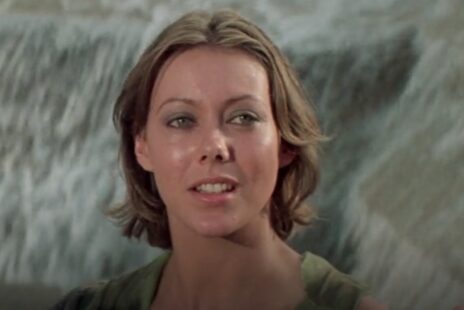 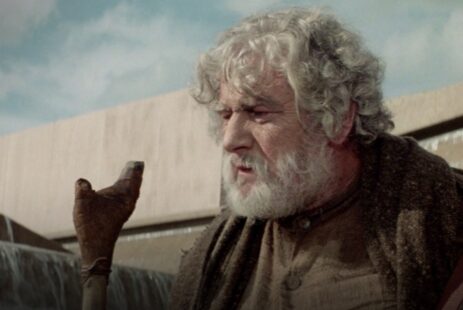