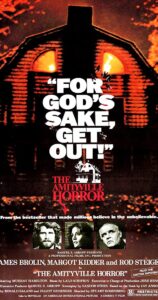 Lately I’ve been on a kick of going back to old films with long, lingering reputations, but it’s surprising how often I find them underwhelming. Despite its clunkiness, I suppose The Amityville Horror (1979) warrants discussion as an early episode in the demon-infested haunted house sub-genre that would go on to influence future horror cinema, such as The Conjuring franchise. Unfortunately, while it may have pioneered something in its era, it doesn’t hold up all that well after forty-odd years.

In the rustic, Long Island town of Amityville, a young couple looks to start a new life together. Kathy Lutz (Margot Kidder) is a deeply religious woman with three children from a previous marriage. Her husband George (James Brolin) is a surveyor, more spiritually cynical, who is still trying to adapt to the father figure role. They have ambitious life plans that their finances might not be able to meet, until they locate the perfect riverside house in Amityville. It’s a steal for the price, considering how spacious it is, and that it comes with its own guest house, garden shed, and boathouse. Unfortunately, it also has a grim, storied history — including a gruesome, tragic family murder — that leaves the Lutzes struggling with their grip on reality, prisoners of a house that increasingly feels possessed by the evils of its past.

Trying to slot myself into a 1979 mindset, I can see how The Amityville Horror might have been a shocking horror experience in its day, but by and large I found it a slow, unspectacular dud. There are occasional unsettling moments, but it’s generally sluggish and the scare effects pretty low rent. Kidder and Brolin deliver committed, if peculiar, performances as the beleaguered couple, while Rod Steiger turns up in an intense, if weirdly extraneous, role as a Catholic priest whose attempts to bless the house gradually drive him loopy. There are just enough classic haunted house chills on display to see why the film spawned a remake, not to mention The Conjuring, which feels like a remake. But overall, I don’t think The Amityville Horror was a good film when it came out, and it hasn’t gotten better with age. 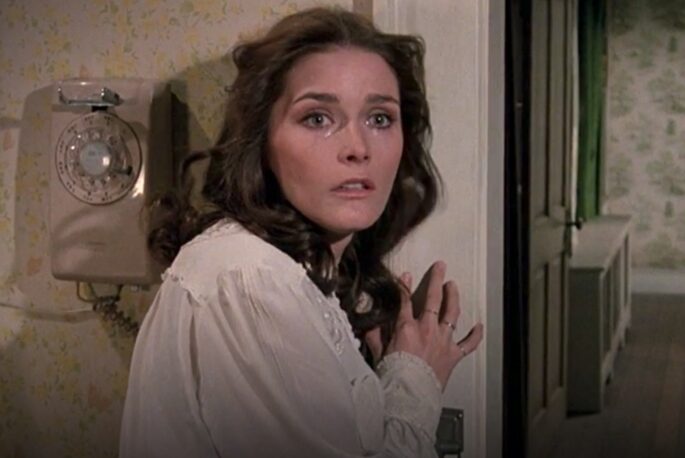 Margot Kidder in The Amityville Horror 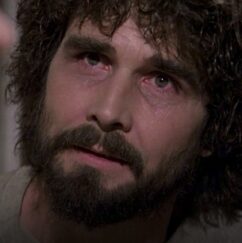 James Brolin in The Amityville Horror 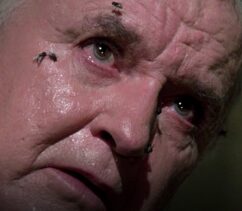 Rod Steiger in The Amityville Horror