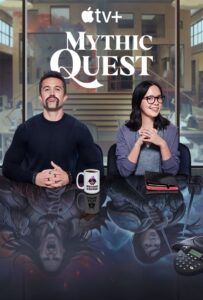 Apple+ may not have the most robust catalogue, but so far its original material has been more than good enough to justify a subscription. Mythic Quest, created by Charlie Day, Megan Ganz, and Rob McElhenney, isn’t the service’s best offering, but it’s well worth watching. While the quality is uneven, it also possesses a breezy and infectious vibe, and delivers surprisingly impressive highlights. The show centers on the offices of Mythic Quest, a video game company supporting a World of Warcraft-like MMORPG. The brainchild of narcissistic creative director Ian Grimm (McElhenney), Mythic Quest is wildly successful, but the workplace that sustains the game ranges from dysfunctional to downright toxic. Ian’s self-centered arrogance constantly railroads the ineffectual leadership of managing executive David Brittlesbee (David Hornsby), and his wild-hair visions constantly create friction with chief engineer Poppy Li (Charlotte Nicdao). Then there’s Brad Bakshi (Danny Pudi), a money-grubbing shark who delights in corrupting the game’s creative aspirations by monetizing its mechanics. The lead writer is pompous, washed-up genre hack C.W. Longbottom (F. Murray Abraham), and David’s new assistant Jo (Jessie Ennis) is a scheming, borderline sociopath. For sympathetic staff members, there are lead testers Rachel (Ashly Burch) and Dana (Imani Hakim), although Rachel’s outspoken feminism and crush on Dana frequently lead them into neurotic conflict with their co-workers, and each other.

At a base level, Mythic Quest is a classic workplace comedy about an office staffed with quirky misfits, frequently thrown into conflict by work demands and the grating idiosyncrasies of their personalities. On this score, it’s a relatively successful show, thanks to the performers and their chemistry, even if the tone of their interactions is occasionally nastier than I would like. Like many comedies, it derives too much comedy from the awfulness of its characters, a genre trope that’s getting tiresome. Fortunately, in Mythic Quest’s case, it’s often in service to a well messaged critique of the ugly gender politics of the gaming industry, and society more generally. This is most frequently explored by casually vilifying the influential male staffers (especially Ian, Brad, and C.W.) and pitting them against the generally more reasonable female employees (Rachel, Dana, and Poppy). Tonally, the results clash at times, especially as the dynamic between Ian and Poppy ramps into semi-flirty, head-butting rivalry; indeed, the Ian/Poppy divide proves to be an important through-line, which gradually transforms Poppy from a classic “straight-woman” into a wilder, less reasonable, more entertaining character. Overall, it does a decent job letting enough humanity into these antiheroes to keep the viewer invested, and when these problematic folks are showing their asses, the writers let us know they’re in on the joke by giving us reaction material from the office’s more conventional workers like poor David, or recurring guests like put-upon HR manager Carol (Naomi Ekperigin), community manager Sue (a hilarious Caitlin McGee), or deadpan art department staffer Phil (Derek Waters). 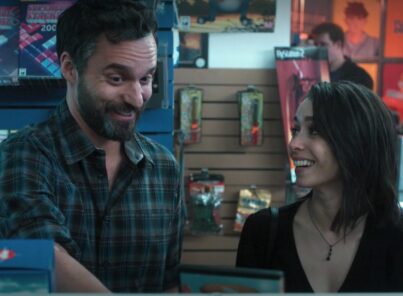 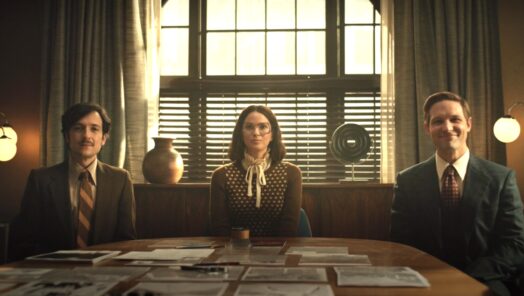 What elevates Mythic Quest, though, is its willingness to break its own mold. The fractious office antics are periodically interrupted by Community-esque setpiece episodes, such as the special episodes released in between seasons one and two: “Quarantine” (an exceptional pandemic Zoom episode) and “Everlight” (during which the Mythic Quest staffers transform their offices into an elaborate MQ cosplay party). Even more interesting are one-off, standalone episodes only peripherally connected to the running saga. Season one’s delightful “A Dark Quiet Death” deep-cuts into the video game industry’s past by exploring the relationship of the MQ offices’ former tenants, Bean (Cristin Milioti) and Doc (Jake Johnson), who pioneered a successful console game of yesteryear back in the 1980s. Aside from making an unassailable argument that Johnson and Milioti should star in things together more often, the episode is a surprisingly heartfelt exploration of the struggle to balance artistic and commercial aspirations. Season two’s standout is “Backstory!,” which similarly diverges into the past. Exploring the early days of CW’s writing career, it takes us to early seventies Los Angeles, when young Carl Longbottom (Josh Brener) takes a job as a copy editor at a fictional Amazing Stories-like magazine where he befriends fellow writing hopefuls A.E. Goldsmith (Shelley Hennig) and Peter Cromwell (Michael Cassidy). It’s a cinematic flight of fancy that’s especially likely to appeal to genre writers, who will both relate to the young trio’s creative struggles and appreciate the nostalgic dive into the field’s history. It also serves as a clever origin story for C.W.’s much (and hilariously) discussed  Nebula Award, and leads to a solid follow-up episode as C.W. reconciles his contentious friendship with the older Peter (William Hurt). (As a side note, I might have found Abraham’s performance as the affected, arrogant C.W. hard to believe, if I hadn’t met so many writers like him in reality. He is spot on.)

Overall, I’m not sure Mythic Quest does enough to elevate itself into the top-tier of modern comedies for me,  but it does more than enough to contribute to the value of its service, and its talented cast, surprising turns, and resourceful, inventive restlessness definitely makes it a show worth following. 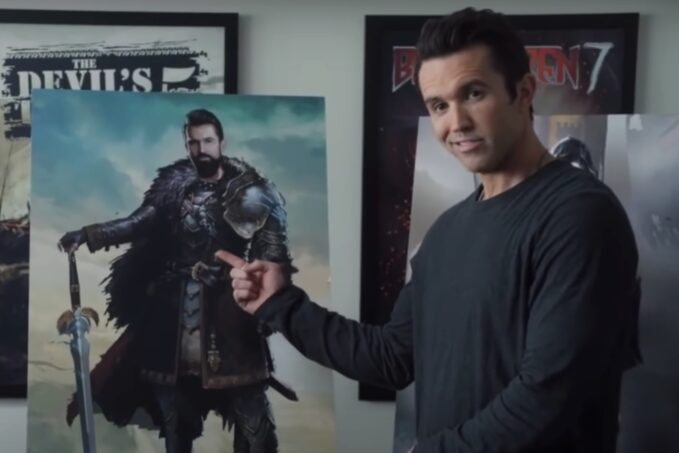 Rob McElhenney in in Mythic Quest 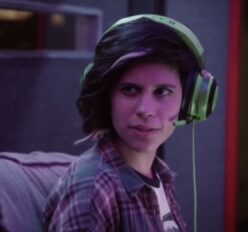 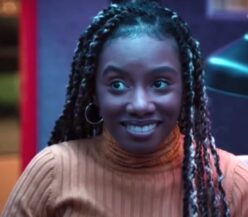 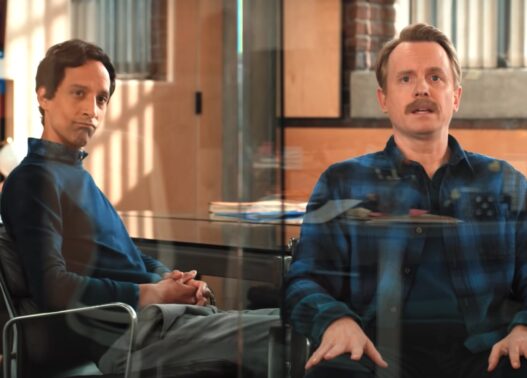 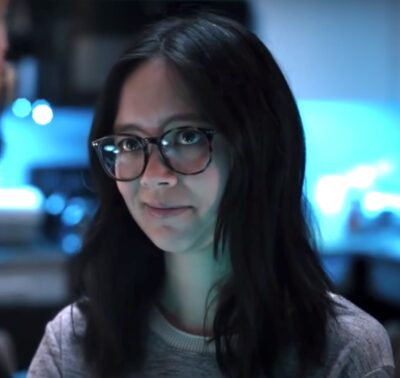 Film: Planet of the Apes