TV: The Plot Against America 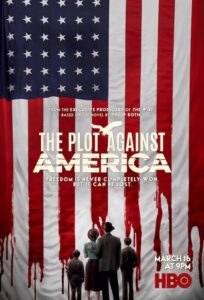 David Simon is one of the truly great auteurs of modern television, but I was a little surprised to hear him attached to The Plot Against America (2020), a six-episode miniseries based on a novel by Philip Roth; the subject matter didn’t seem like a natural fit. Now that I’ve seen the show, it doesn’t seem quite so strange in light of the politically charged subject matter. But it does feel slightly less Simonesque than shows in his trademark style (The Wire, Treme, The Deuce).

The series chronicles an alternate history: one in which Franklin Delano Roosevelt is defeated by Charles Lindbergh in the 1940 presidential election, a fateful divergence that has a profound impact on the history of the world. It’s largely viewed through the perspective of the Levins, a Jewish family in New Jersey who are appalled to see aviator hero Lindbergh — an anti-Semite — ride to power on an isolationist platform. Outspoken father Herman (Morgan Spector) and his troublemaking nephew Alvin (Anthony Boyle) are filled with piss and vinegar about Lindbergh, while mother Bess (Zoe Kazan) warily works to keep the house civil. But the more Lindbergh’s xenophobic nationalist policies take hold, the more politics rear their ugly head in the Levin household. Of particular concern is Bess’s simple-minded sister Evelyn (Winona Ryder), who falls under the spell of an influential rabbi, Lionel Bengelsdorf (John Turturro). Bengelsdorf’s silver-tongued defense of Lindbergh lures Evelyn and reassures young Sandy (Caleb Malis), Herman and Bess’s older son, who idolizes Lindbergh for his flying exploits. But the others are convinced Bengelsdorf is an angling political mouthpiece of the regime, being used to render anti-Semitic policies palatable by making them seem voluntary and harmless. This leads to considerable turmoil in the Levin household, much of it viewed through the innocent eyes of younger son Philip (Azhy Robertson), as life in America grows ever more treacherous for them.

I have vague memories of reading The Plot Against America when it came out, and finding it wanting: a decent historical drama with a solid political angle, but without much depth or inventiveness to its deployment of the alternate world premise. In retrospect, I was probably irrationally craving genre street cred from the wrong source; like many literary authors who sidestep into genre, Roth didn’t seem particularly interested in exploring his premise much beyond its service to his literary agenda. Simon and longtime collaborator Ed Burns, who led this adaptation, clearly aren’t SF buffs either, but by sheer virtue of the medium they do a much better job of selling a chilling alternate timeline — one shot through with contemporary relevance, given the obvious parallels to Trump’s recent, turbulent reign. The miniseries’ first two episodes are slow to ramp and not terribly grabby, but by episode three the series finds a suspenseful rhythm. Here, the slow-boil transformation of the United States from New Deal progressivism to hate-filled conservative ideology starts to cast a chilly spell, and it only goes downhill from there, as the series examines how the wrong leadership during World War II might have made America an even uglier, less tolerant place in the 1940s. At times, the dialogue’s exhausting political bickering hits a bit too close to home, perhaps overplaying the Lindbergh/Trump similarity. That said, that may be what makes The Plot Against America Simonesque: a slow-burn, mosaic drama in loud, angry dialogue with modern times. It doesn’t quite have the time of richness to reach the impressive heights of Simon’s longer-running shows, but it’s another worthy feather in his cap, led by uniformly excellent performances, especially from Boyle, Kazan, and Spector. 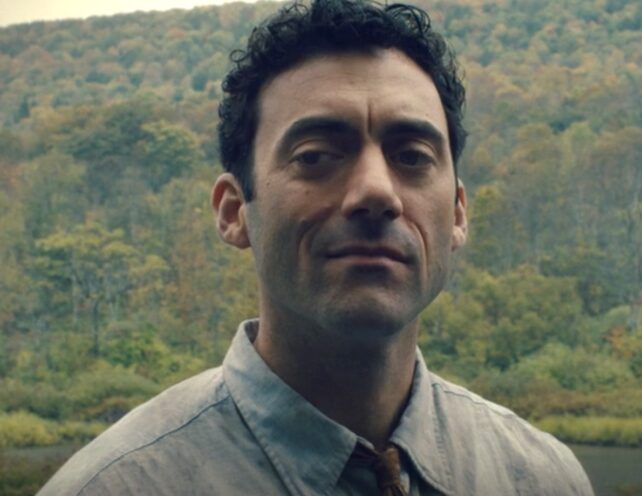 Morgan Spector in The Plot Against America 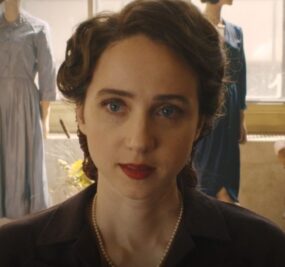 Zoe Kazan in The Plot Against America 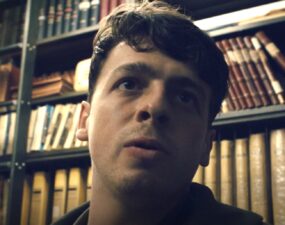 Anthony Boyle in The Plot Against America 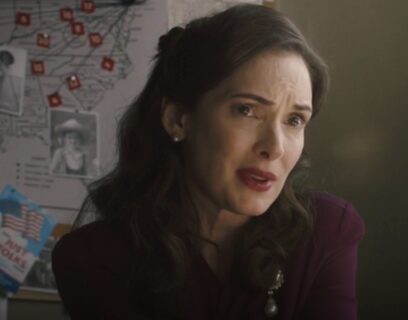 Winona Ryder in The Plot Against America 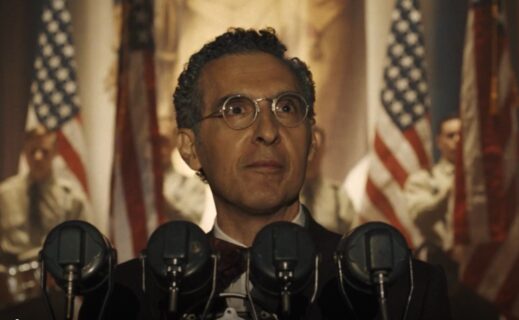 John Turturro in The Plot Against America