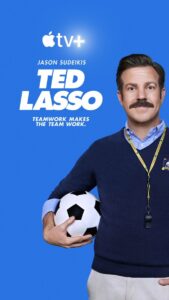 It may be too late to save us, but it’s refreshing to see more comedy shows using their cultural influence to depict legitimately positive stories about people who genuinely like each other and want the world to be better. It’s a trend that established its current roots back around Parks and Recreation,  but it’s latest, near-perfect manifestation may well be Ted Lasso. This Apple+ series, which twenty years ago might have been dismissed as too twee or unrealistic, has become a water-cooler phenomenon partly because it’s become an especially powerful and effective emotional balm for a troubled world during a global pandemic. But mostly, I think, it is so obviously a show the world needs in this moment: a fictional sports comedy that leverages the inspiring tropes of that genre in new directions, dismantling the real-world toxicity of its world, modeling healthy relationships, and de-stigmatizing mental health issues.

The premise is so basic it might have been a one-off Saturday Night Live sketch: what if a coach of American football took a job coaching football in England (soccer, in other words), without knowing anything about the sport? One can imagine such a sketch beating its scenario to death, emphasizing the national contrasts between American and British language and behavior while mixing in sports-metaphor confusion. This hypothetical sketch-show DNA does exist in Ted Lasso, but the show ultimately softens the core idea, elevates it, and makes it smart and sustainable. Coach Ted Lasso (Jason Sudeikis) is in some ways an expected American football coach: midwestern, folksy, mustachioed. But he’s also atypical: enlightened, optimistic, open-minded, in many ways the antithesis of the toxic, winning-is-everything mentality that permeates much of the sports world. And yes, he’s clueless about soccer — but that’s precisely why he was hired. The new owner of AFC Richmond, a middling Premier League club, is Rebecca Welton (Hannah Waddingham), who took over the club in a divorce settlement. Rebecca is hellbent on revenge against her ex Rupert (Anthony Head), and her plan is to run Richmond — Rupert’s passion — into the ground. Ted’s soccer illiteracy is intended as a tool to that end. But Rebecca’s strategy is flawed, as it turns out; Ted may be hopeless when it comes to soccer, but he’s still a hell of coach, with a knack for getting the best out of his people. With the aid of his loyal assistant Coach Beard (Brendan Hunt), Ted quickly starts to win over his team, including key players like profane, aging veteran Roy Kent (Brett Goldstein) and prima donna striker Jamie Tartt (Phil Dunster). In the end, he even wins over Rebecca, and even when AFC Richmond’s on-field results fall short, the team’s culture transforms into a healthier, happier place for its players and staff.

Ted Lasso, particularly in its perfectly executed first season, is simply delightful, taking its high-concept premise, fusing it with the Cinderella sports team genre (think The Bad News Bears or The Mighty Ducks), and then sprinkling in liberal doses of mindful sociocultural messaging. This messaging is also refreshingly direct and winning, with numerous necessary and deserving targets — everything from toxic masculinity and its trickle-down effects on men from father to son, to unhealthy attitudes about mental health maintenance, to the need for ethical business practices. Through it all, Sudeikis delivers a charismatic, sustained performance as a character who’s literally too good to be true. For while in many ways he is the perfect model for healthier, more compassionate masculinity in the modern world, he is also that world’s victim, whose actions sometimes have unexpected, negative impacts. More of these are explored in the looser, darker second season, which lacks the clockwork finesse of the first but still manages to deliver consistently wonderful material that clearly has its heart in the right place.

Ted Lasso’s gentle, utopian aspirations are a potent antidote for pandemic fatigue, and its cast (which also includes wonderful turns from Toheeb Jimoh, Nick Mohammed, Sarah Niles, Jeremy Swift, and Juno Temple, among many others) brilliantly realizes the show’s uplifting worldview while still generating enough tension and conflict to propel an engaging narrative. Smarter things have been said by better writers about this show (Laurie Penny’s take is particularly on point); suffice it to say, I can whole-heartedly second the series’ many and varied endorsements, and greatly anticipate the final season of the planned trilogy. 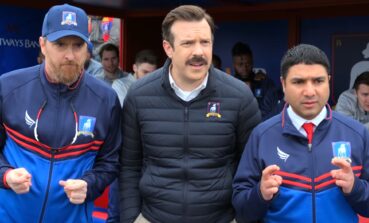 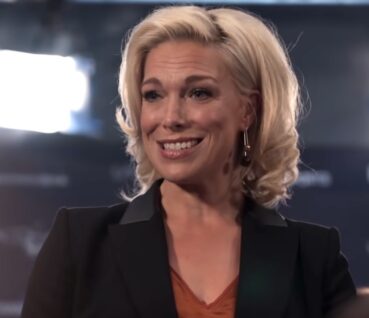 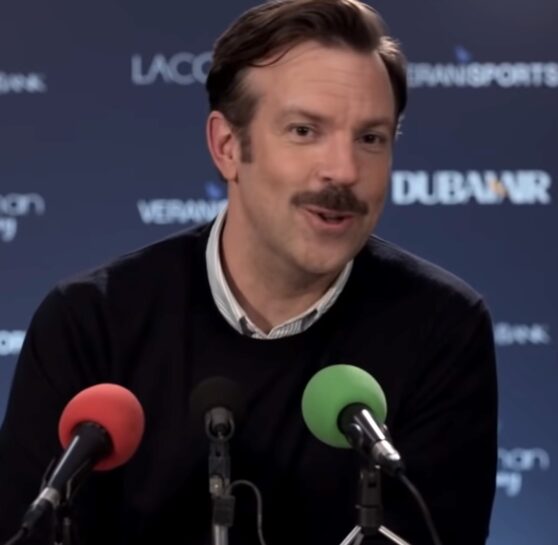 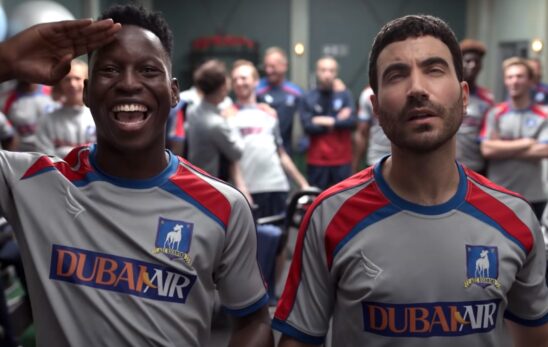 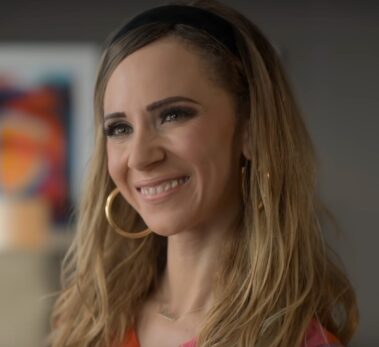