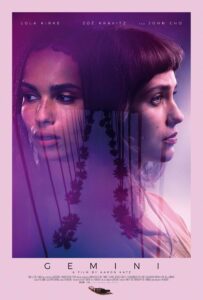 The low-key Hollywood mystery of Gemini (2017) does so many things well in its first half that it’s a real disappointment to watch its fall flat in the second. It remains an engaging modern LA noir about a superstar actress named Heather Anderson (Zoë Kravitz) and her personal assistant Jill (Lola Kirke), whose complicated power dynamic doesn’t seem to have prevented a close friendship to form. In the wake of a romantic breakup, Heather seeks to withdraw from the public eye, which prompts her to pull out of a number of high-profile projects…unseemly duties she delegates to Jill. After a creepy encounter with an intrusive superfan (Jessica Parker Kennedy), Heather – who is also paranoid her career decisions are making too many enemies in Hollywood – begs to borrow Jill’s handgun for self-defense. Reluctantly, Jill obliges, but the consequences are complicated and tragic, embroiling Jill in a police investigation, and a re-examination of her life.

Gemini possesses a solid Los Angeles indie atmosphere, and sinks the viewer into it with a compelling slow-build anchored by Kirke’s accessible lead and legitimate, suggestive chemistry between her and Kravitz. The first half builds a rich tapestry of connections, using subtle surface interactions to imply deeper conflicts and relationship nuances between the leads and the many people who encounter them – which later reveals itself as a suspect list, as the mystery develops. The supporting cast, which includes Reeve Carney, John Cho, Michelle Forbes, Nelson Franklin, Greta Lee, and James Ransone, is perfectly deployed in service to the twisty build-up. Unfortunately, the expert set-up doesn’t pay off once the investigation begins, despite a fun, noir performance from Cho as a suspicious homicide detective. Jill’s shifty behavior in the third act seems designed to muddy the situation, heighten her own risk, and imply a more complex and clever resolution – but alas, that never arrives. Indeed, once the picture clears up, it merely demystifies and deadens the intrigue. Overall, the effort is earnest, well performed, and quite nicely produced, and I suppose there is an extremely minor punctuation mark as Jill, at the end, briefly reverses the power dynamic that got her into the jackpot. But the ending isn’t nearly as profound as it seems to want to be, leaving a frustrating aftertaste. 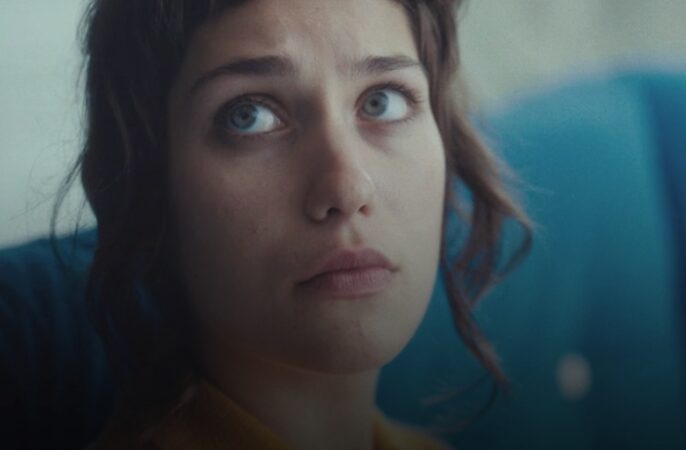 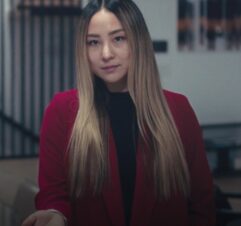 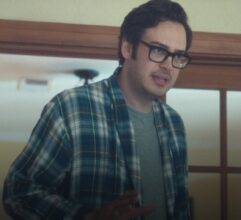 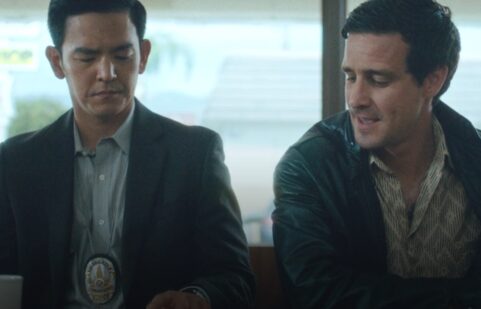 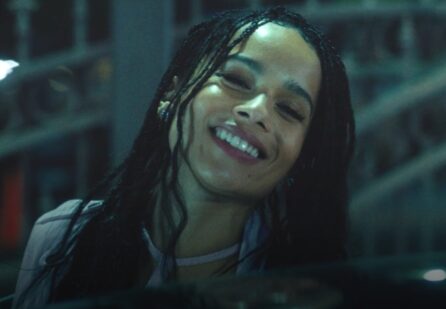 Film: Judas and the Black Messiah