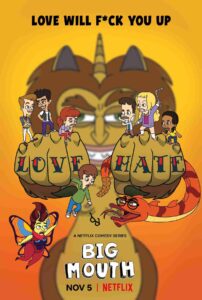 Shows that rely on shock tactics, if they last long enough, run the risk of stretching themselves out of shape. And since Big Mouth started in an already-extreme place, it shouldn’t be surprising that its fifth season occasionally over-reaches with big-swing, transgressive frankness. When it comes down to it, though, refreshing uber-honesty is the show’s forte; if that means occasional, badly articulated messaging in service of a humor and the awkward truth, so be it.

Big Mouth follows the adolescent trials of young Nick Burch (Nick Kroll), his sex-obsessed best friend Andrew Glouberman (John Mulaney), his close friend and crush Jessi Glaser (Jessi Klein), and an outrageous pansexual classmate named Jay Bilzerian (Jason Mantzoukas), as they labor to navigate the treacherous sexual pitfalls of growing up – even as their personified inner demons pelt them with conflicting impulses and self-destructive needs. Across its first four seasons, Big Mouth tackled virtually every emotional pitfall of adolescent sexuality, leaving little new thematic ground for season five to cover – and did so with such audacious visuals and language that the strains show here as it tries to outdo itself. But fans of the series will still find plenty to laugh about in episodes dealing with puppy love, jealousy, pre-teen horniness, and sexual confusion. One particularly strong episode deals with body shame as the class, visited by the dreaded Shame Wizard (David Thewlis), finds new vulnerabilities exposed during pool class. Depending on one’s tolerance for egregious language and gross-out humor, Big Mouth is a casually enjoyable watch that looks to continue its ribald mission into the spinoff series Human Resources. 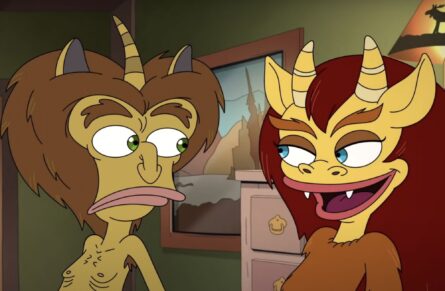 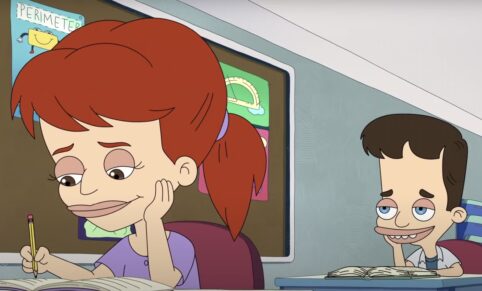