Film: All the Old Knives 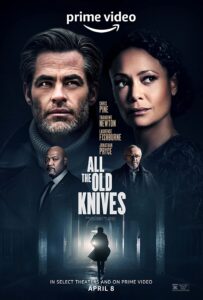 Has it really been seven years since Olen Steinhauer’s All the Old Knives was released? Steinhauer’s complex spy novels had cemented my allegiance long before then, but this immensely satisfying short read put him over the top, and I had a feeling it would it would lend itself well to film adaptation. Well, it has arrived, and I was right: All the Old Knives (2022) is a superb spy movie.

When a closed case resurfaces to rear its ugly head, experienced CIA officer Henry Pelham (Chris Pine) is recruited by his boss Vick Wallinger (Laurence Fishburne) to undertake a sensitive internal investigation. Ten years earlier, a brutal terrorist attack on a Turkish airliner led to a mass casualty event, becoming a black mark on the records of everyone involved – including Henry and Vick. New intelligence has arrived to suggest that the terrorists had inside help at Vienna Station, where Henry and Vick were working during the incident. One of two suspects is likely responsible, and it’s up to Henry to determine which: London-based old hand Bill Compton (Jonathan Pryce), or Henry’s old flame Celia Favreau (Thandiwe Newton), who retired in the aftermath and now lives a quiet life in northern California. Henry’s investigation carries him from the U.K. to the States, culminating in a classy coastal restaurant, where Henry and Celia simultaneously rekindle their chemistry and unearth a dark, mutual past.

The novel impressed me most for how deftly it executed its formal exercise: the entire novel is conducted over the course of a long, loaded conversation in a restaurant, occasionally jaunting into flashback to fill in the backstory. Scripting from his own book, Steinhauer makes sensible, crafty decisions to adjust for the visual medium, managing to make the story feel more linear even as it remains nonlinear, juggling time-hopping puzzle pieces. The result is an elegant, low-key mystery that unfolds in a steady, compelling manner, benefiting greatly from smoldering, well played chemistry between Pine and Newton. Newcomers looking for a gateway to Steinhauer’s twisty milieu will find an excellent one here, while spy genre buffs should load it right into a must-watch list. 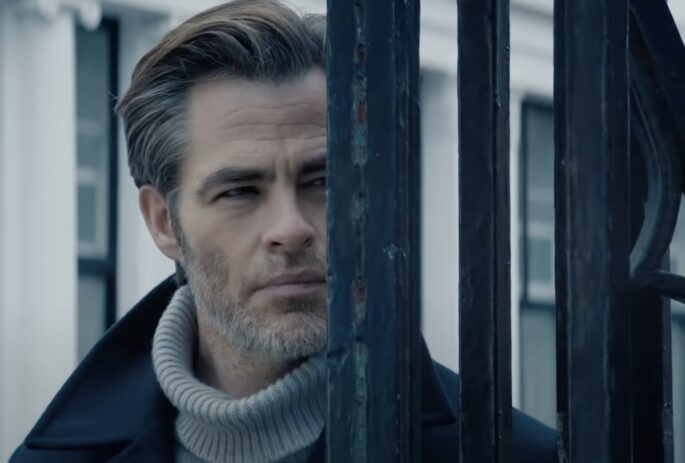 Chris Pine in All the Old Knives 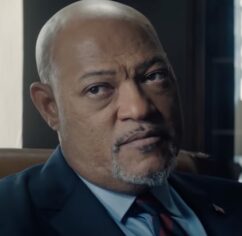 Laurence Fishburne in All the Old Knives 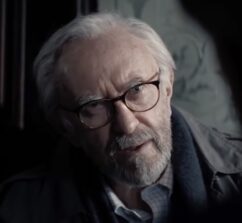 Jonathan Pryce in All the Old Knives 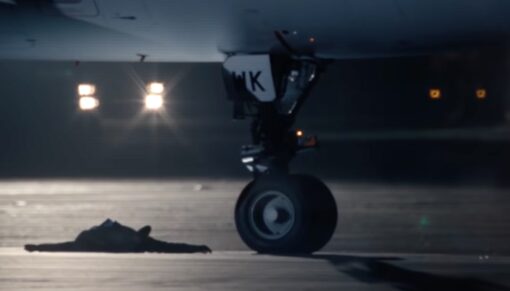 A scene from All the Old Knives 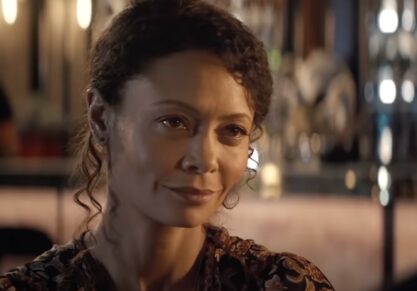 Thandiwe Newton in All the Old Knives