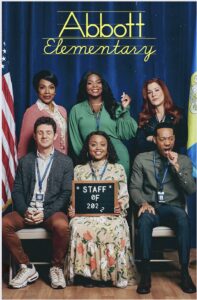 In its basic components, there isn’t much to set Abbott Elementary apart: it’s a light, pleasant, workplace mockumentary in the style of The Office and Parks and Rec, mitigating its funny, combative banter with genuine warmth and camaraderie. But creator/star Quinta Brunson does bring a unique angle, using the comforting tools of the genre to discuss legitimate, thorny issues around public education in America. Brunson, following in the footsteps of writer-stars like Tina Fey and Mindy Kaling, stars as Janine Teagues, a wide-eyed and enthusiastic second-grade teacher in the Philadelphia school system. Janine is an optmist whose goody-two-shoes nature sometimes gets the better of her. Her relentless positivity is frequently smothered by the reactions of her more cynical, realistic colleagues, including her role model Barbara (Sheryl Lee Ralph), a veteran teacher who approaches the school system’s deprivation with stoic pragmatism. Janine and Barbara are the poles by which their colleagues both elevate and manage their expectations as they all work together to improve the lives of Abbott’s students.

Abbott Elementary isn’t consistently hilarious, but it’s smartly written and winning, with Brunson essaying an adorable Leslie Knopian can-do spirit that works well both in her in efforts to improve the school and in her Pam/Jim-like chemistry with new substitute teacher Gregory (a brilliantly deadpan and likable Tyler James Williams). In its trappings it’s all quite conventional and familiar, but the milieu gives it resonance, with Janine’s big swings and Barbara’s jaded wisdom doing battle whenever the faculty faces its daily, uphill battle to succeed in a broken system. Meanwhile, their various and sundry efforts are overseen by the criminally inept principal, Ava Coleman (the scene-stealing Janelle James), who hilariously represents the tragic dysfunction of the system teachers are forced to navigate. It’s a promising and infectious first season for a show that surely has plenty more to say. 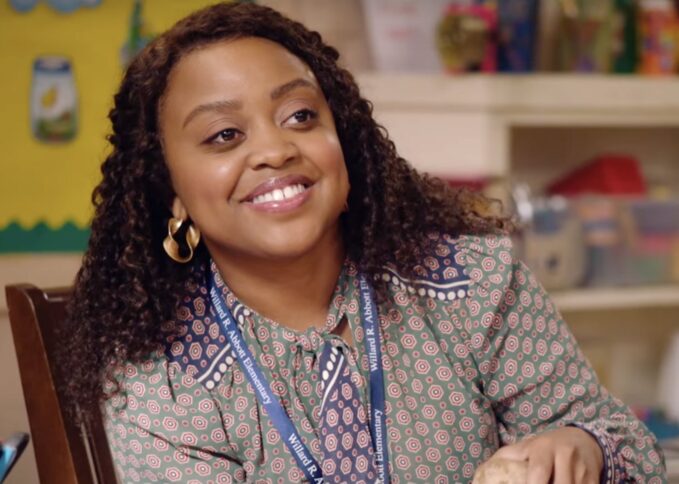 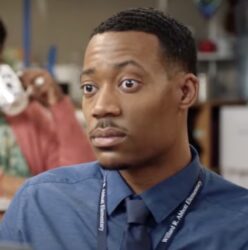 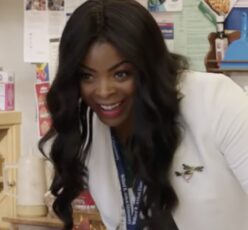 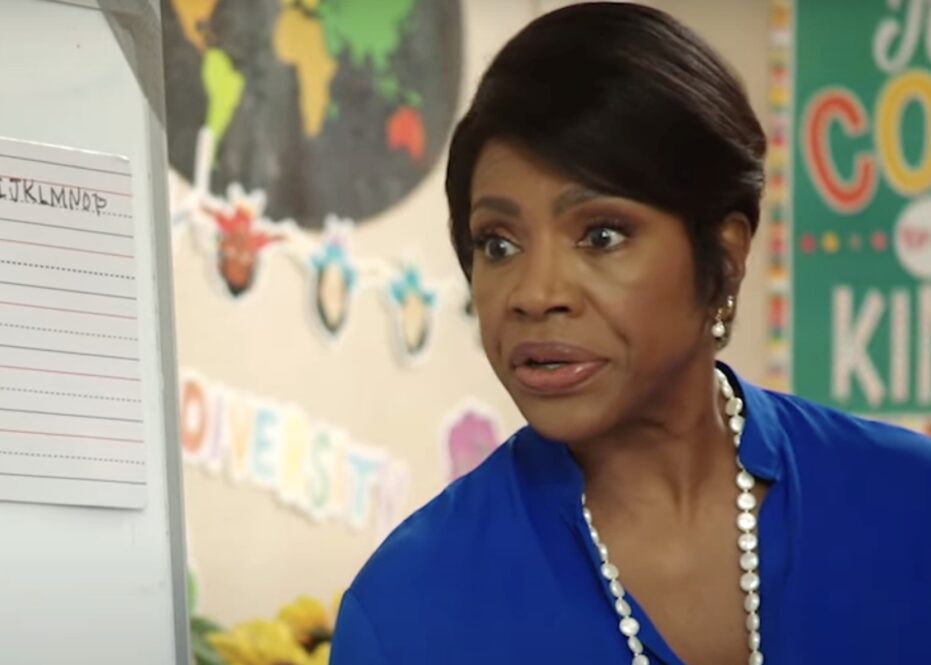