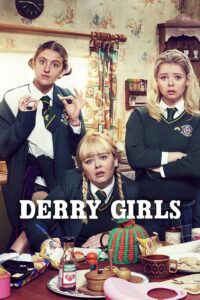 Derry Girls possesses a certain cult sitcom notoreity, and while I never quite found myself wholesale absorbed by its peculiar and specific world, I definitely enjoyed visiting it. Set in the 1990s in Northern Ireland, it charts the quirky exploits of a group of Catholic girls navigating their teens against the turbulent backdrop of the Troubles’ final years. Erin Quinn (Saoirse-Monica Jackson), an aspiring writer and nominally the narrator, lives in a volatile household where the fractious squabbles of her family spill over into the social antics of her group of friends, including zany cousin Orla (Louisa Harland), rebellious friend Michelle (Jamie-Lee O’Donnell), Michelle’s meek English cousin James (Dylan Llewellyn), and buttoned-down friend Clare (Nicola Coughlan). The combative dynamics of Derry Girls’ friends and family members mirror the political turmoil of their world, but for all their quarrelsome interactions, there’s a certain affection lurking underneath.

While elements of Derry Girls are quite familiar to the single-camera comedy genre – bickering characters, farcical escalations, comical misunderstandings – it does have a unique vibe setting it apart. The historical angle contributes a great deal to this, as do the regional and period peculiarities of the language. On this latter point, the show reminded me – just a smidge – of Letterkenny, which has a similar roster of local characters engaging in rapid-fire, oddball banter, and occasionally lets the black clouds of their constant arguing part to reveal hidden camaraderie in the community. All the principal characters are superb, with Jackson and Coughlan perhaps standing out for their full-on commitment to fiery deliveries and contorted facial expressions. Evidently there’s a concluding season on its way, and I’m totally there for it. 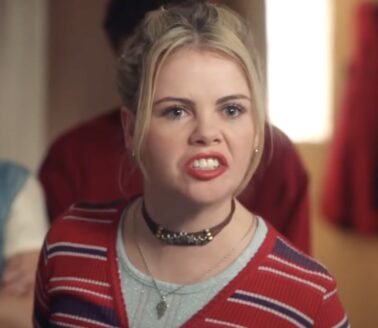 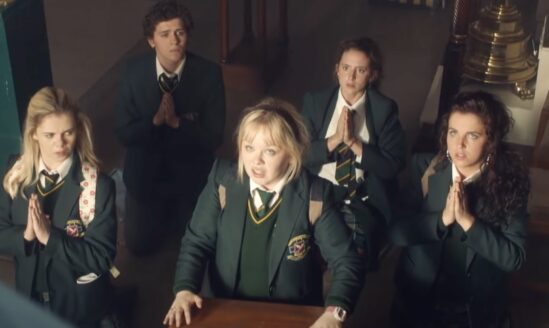 Novella: The Album of Dr. Moreau by Daryl Gregory