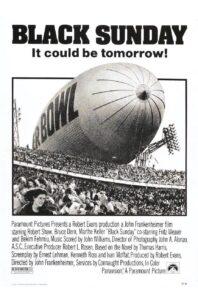 John Frankenheimer’s output from the 1960s is stylish, stirring, and memorable, but his later work doesn’t tend to work as well for me, and Black Sunday (1977) may be my least favorite of his to date. This plodding adaptation of a Thomas Harris novel revolves around a Munich-like terrorist plot, masterminded by Dahlia Iyad (Marthe Keller), who belongs to a radical Palestinian organization called Black September. Iyad is planning an attack on US soil, and it’s up to Mossad agent David Kabakov (Robert Shaw) to track her down and stop her. As Kabakov pursues Iyad, she is manipulating a pilot named Michael Lander (Bruce Dern) in an audacious plan to commit mass murder. A traumatized veteran of the Viet Nam War, Lander now flies the Goodyear Blimp to cover National Football League games. Iyad and Lander’s plan involves weaponizing the blimp during Super Bowl X in Miami.

In general, my weakness for grimy 1970s cinema got me through this one – but not by much. Despite theoretical moments of action and excitement, Black Sunday is an energy-less investigation. Dern and Keller commit to their characters, but they aren’t particularly interesting villains, and Shaw is a rather dour and bland protagonist. The interminable final act falls flat, over-staying its welcome with extensive location footage; shot at an actual Super Bowl, it evidently felt compelled to justify the trouble by using every last inch of film. The final setpiece ought to be a highlight, but manages to be neither exciting nor convincing, making the ending a real dud. 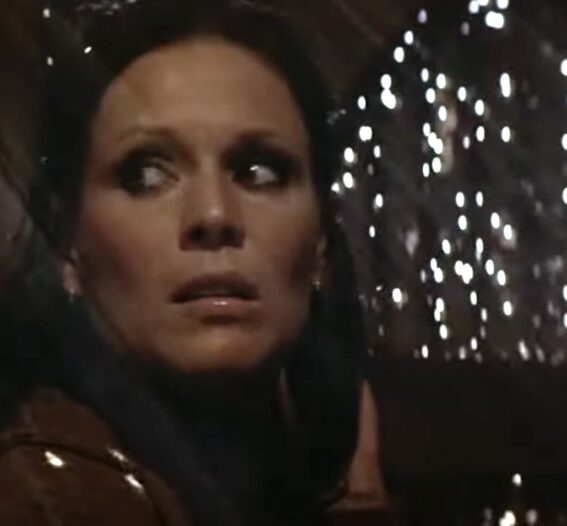 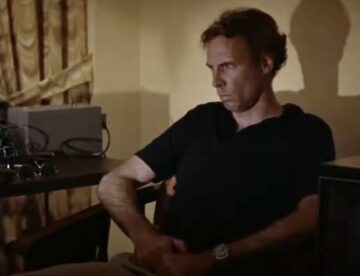 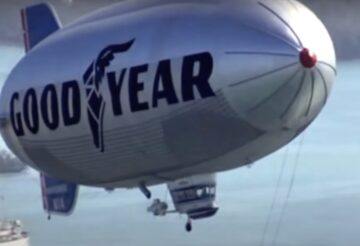 A scene from Black Sunday 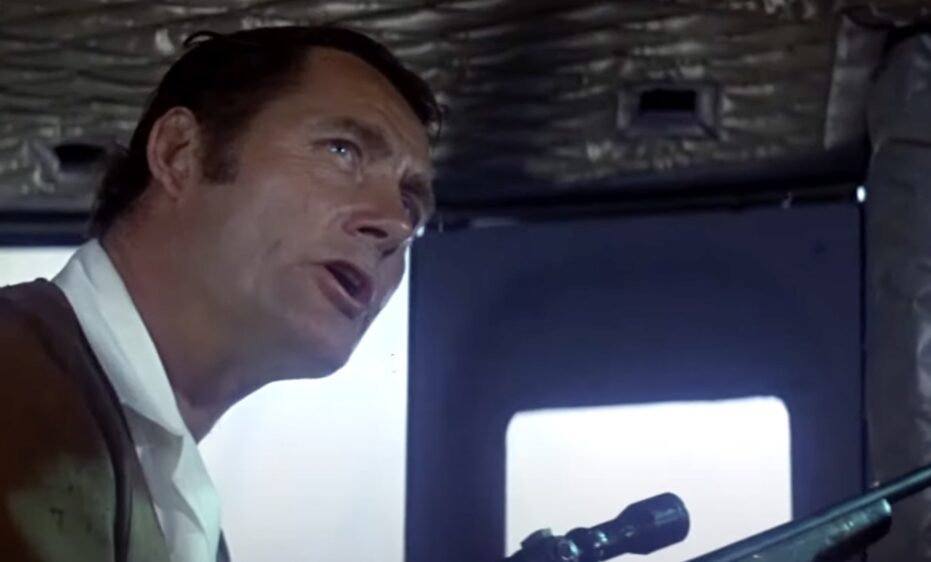