TV: For All Mankind (Season 3) 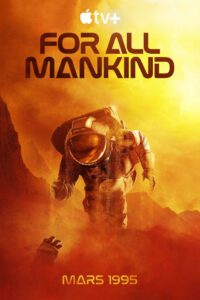 For All Mankind set a tough act to follow with its breathtaking first season, but even now, growing more flawed three sessions in, it remains a remarkable achievement in science fiction television. Described by co-creator Ronald D. Moore as “the road to Star Trek,” For All Mankind posits the existence of an alternate timeline in which the Russians stage the first moon landing. Consequently, the space race never dies, inspiring the United States to greater heights at NASA, as the two superpowers labor to one-up each other for domination of the next frontier.

Having charted a divergent, and largely better, path for humanity in its first two seasons – without sacrificing sociopolitical hurdles realistic to the period – For All Mankind pushes the envelope further in season three. Tense Cold War interactions on the moon give way to the next great challenge: the first manned Mars mission, slated in this timeline for the mid-1990s. As usual, NASA hopes to be the first to Mars, and to that end they’re deciding between one of two legendary moon-mission astronauts to lead the charge: aging man of action Ed Baldwin (Joel Kinnaman) or the capable, cerebral Danielle Poole (Krys Marshall). Unfortunately, their rivals in the Mars race – including, of course, the Russians – have other plans. More significant than the Soviets, however, is a private sector entry: Helios Aerospace, a powerful corporation headed by visionary CEO Dev Ayesa (Edi Gathegi). Having made a fortune revolutionizing clean energy production, Dev ups the ante by proposing to launch Helios’ Mars mission two years ahead of either of the world’s superpowers. Determined not to be outdone, both nations accelerate their programs, leading to a three-way race to make history – which creates numerous problems and complications that, ultimately, reshape human history.

In aiming to clear the high bar of earlier seasons with its high-stakes, hair-raising adventure, season three over-reaches at times with increasingly far-fetched action. More regrettably, it fails to course correct on one of the show’s soapier subplots: an inappropriate, jealousy-prone affair between Ed’s wife Karen (Shantel VanSanten) and the son of Gordo and Tracy Stevens, Danny (Casey W. Johnson). Already tiresome, this plot distractingly drags on here, to the series’ detriment. The show also doesn’t handle its casting exits very well this season, writing off characters primarily when they run out of story, rather than in the realistic flow of events.

In spite of these blemishes, For All Mankind is still captivating TV. The primary reason continues to be its forward-looking sense of wonder, especially in its depictions of Mars. Season three brings the red planet vividly to life, and if there’s an unlikeliness to the ambitious mission’s fraught successes, it’s more than worth it just to see such an eye-popping vision come to life. It’s a tantalizing otherwhen, this space-faring past, and the writer’s room fills the world with genuine optimism and heart, which makes a welcome respite from the madness of our actual stupid timeline. Would that we could have had a (spoiler alert) queer, female president in the mid-nineties, or a hard-working, intelligent woman at the top of the NASA space program. Of course, because it’s written in our timeline, these characters – played compellingly by Jodi Balfour and Wrenn Schmidt – are given the awkward end of the stick, but I’m convinced the show’s heart is in the right place with them. Meanwhile, events continue to conspire to realize the show’s “road-to-Trek” mission statement, building – here more than ever – the more equitable, internationally cooperative zeitgeist that might result in a better world, where something like the Federation could become a reality. Even if For All Mankind isn’t Trek canon, as an imaginative thought experiment it’s an ingenious (heh) enterprise, confidently executed and superbly performed. I’m definitely excited to see where this alternate future takes us, for the recently announced fourth season. 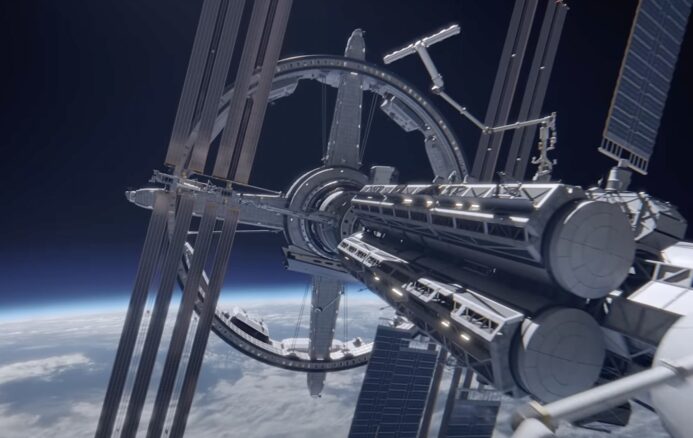 A scene from For All Mankind 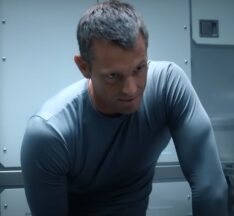 Joel Kinnaman in For All Mankind 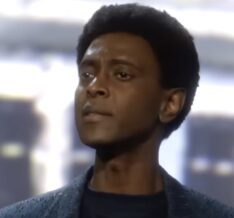 Edi Gathegi in For All Mankind 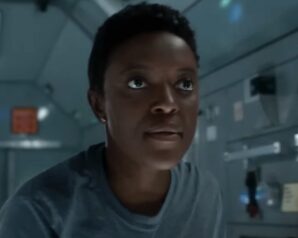 Krys Marshall in For All Mankind 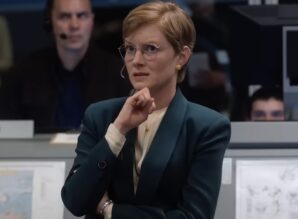 Wrenn Schmidt in For All Mankind 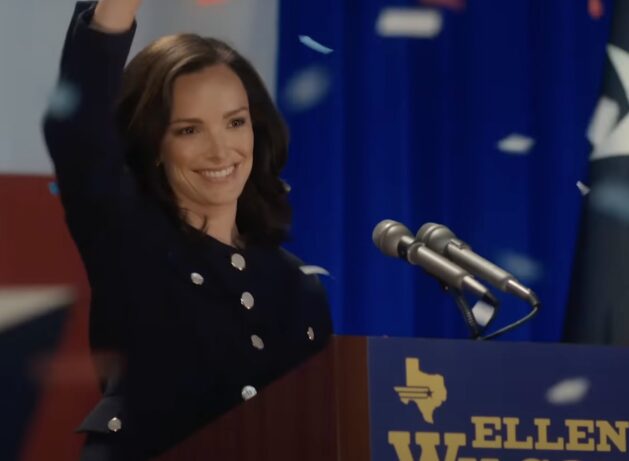 Jodi Balfour in For All Mankind 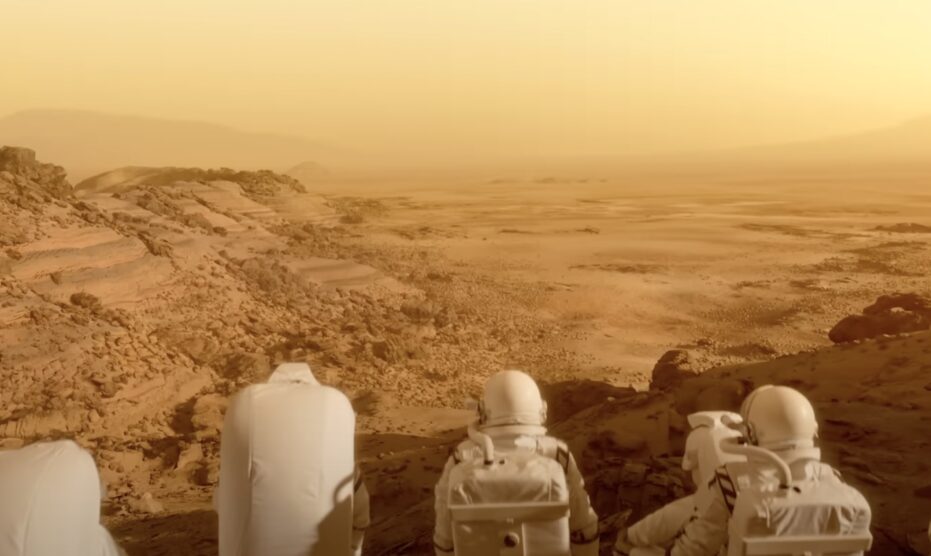 A scene from Mars in For All Mankind