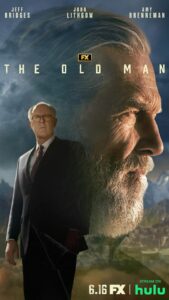 When the spy genre is on its game, psychologically speaking, it can turn the twists and turns of plot into pure poetry. FX’s The Old Man is that kind of work, a shimmering, cerebral maze that uses the ideological struggles of a cold-war battlefield to illuminate the very real, personal struggles of its combatants. This is territory John le Carré built a career perfecting, and rarely has it been explored on the small screen with such eloquence.

The great Jeff Bridges stars as Dan Chase, a quiet, solitary man living in the country with his two faithful rottweilers…and a subdued air of mystery. Chase seems like an ordinary guy until a home invasion disturbs his peace and quiet, revealing him to be a long-retired CIA operative, now living under an assumed name. Chase’s checkered past has come back to haunt him, and he’s forced out of retirement to run for his life. By chance, he’s fated to cross paths with a struggling divorcee, Zoe McDonald (Amy Brenneman), who rents him an Airbnb property in her backyard – and quickly gets swept into his adventures when he’s betrayed by the shifty officer assigned to track him down. Harold Harper (John Lithgow) is a still a powerful man in the intelligence community, but his history is intertwined with Chase, and Chase’s explosive new predicament has threatened to pull Harper into the blast radius. This pits the two old hands against one another, and what follows is an international manhunt, full of scheming figures with complicated relationships and constantly shifting allegiances, each the hero of their own ideological battle.

Based on a novel by Thomas Perry, The Old Man definitely bears the earmarks of its literary origin; despite occasional eruptions of violent action, its watch words remain subtlety and patience. The complicated scenario is rather torturously contrived, but it’s in service to an exquisitely choreographed plot, optimized to dole out strategic reveals propelling the mystery forward. Alternating between Chase’s modern-day flight and flashbacks to his days as a rogue cold warrior in Afghanistan during the Soviet invasion of the 1980s, the story manages a patient pace while also feeling urgent and compelling.

But it’s not just the mystery that is optimized. The Old Man is also an absolutely first-rate showcase for its actors. Casting Jeff Bridges in anything is, by definition, good casting, and his central performance as a shifty old warhorse, reactivated for one last operational hurrah, is worth the price of admission. That said, he’s matched, if not bettered, by the spectacular support of Brenneman and especially Lithgow (an award nomination shoe-in, I should expect). Alia Shawkat is also terrific in an uncharacteristic dramatic turn as Harper’s young FBI protégé. These four do the bulk of the heavy lifting, and their dialogue – penned by Jonathan E. Steinberg and Robert Levine – elevates both the surface details and the themes of the spy game. Indeed, many of the genre elements on display, from the lingo of tradecraft to the hall-of-mirrors questioning of identity to the meaning of names, might have played like off-the-shelf spy cliches in the wrong hands. But a nice combination of careful wordsmithing and first-rate acting artfully elevates the substance. Some bonuses worth mentioning include a nice turn from E.J. Bonilla as a nosy CIA gadfly, the always-welcome presence from Gbenga Akinnagbe as another ambiguous player in the chess match, and superb performances, in the flashbacks, from Bill Heck and Christopher Redman, who convincingly portray their older counterparts in the modern story. (Redman is particularly uncanny as a young Lithgow, particularly in vocal mannerisms.)

They say a rising tide lifts all boats, and certainly the glut of quality shows in general over the past twenty years has translated nicely to the spy genre. I wouldn’t go so far as to say this one is the very best of the field; The Bureau currently holds that crown, and will be a tough one to topple. But when it comes to intelligent, engrossing spy dramas, The Old Man is definitely up there in the top ranks. 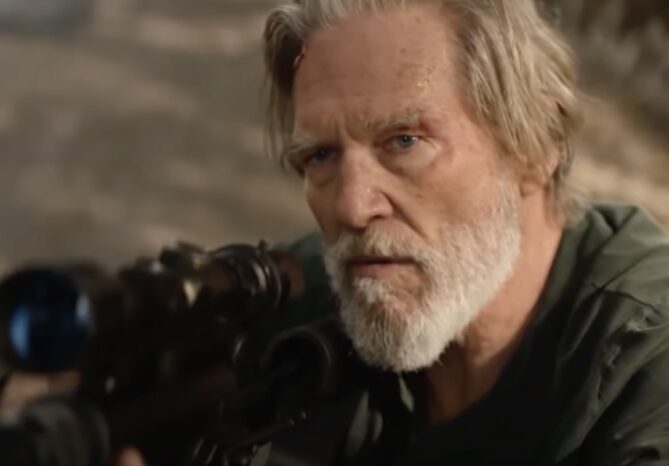 Jeff Bridges in The Old Man 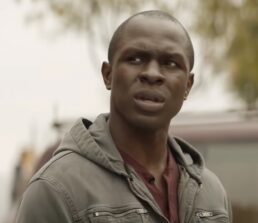 Gbenga Akinnagbe in The Old Man 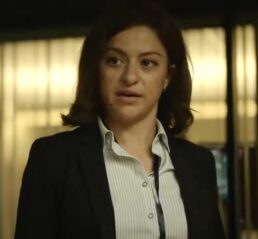 Alia Shawkat in The Old Man 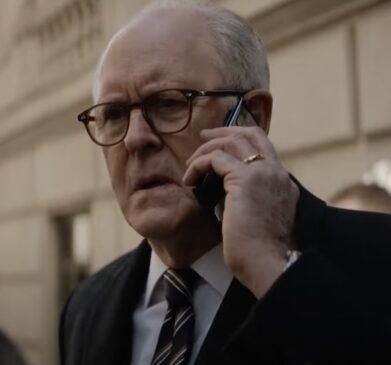 John Lithgow in The Old Man 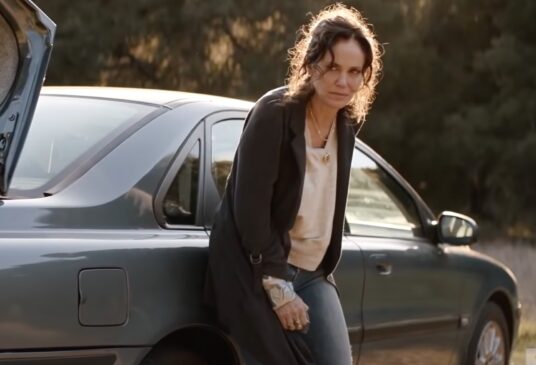 Amy Brenneman in The Old Man

Film: Spin Me Round