TV: What We Do in the Shadows (Season 4) 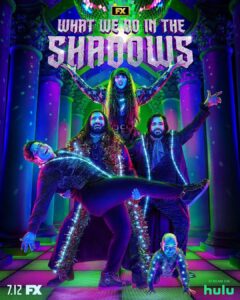 What We Do in the Shadows cooks along through its fourth season, and if the strains of premise fatigue continues to be evident, it’s still a fast-paced and fun show. After the multiple cliffhangers of season three’s finale, this year unsurprisingly reunites the Staten Island vampire gang in their increasingly disintegrating mansion, where they engage in largely separate ventures. Nadja (Natasia Demetriou) sets her sights on founding a vampire night club. Coming across the lamp of a wish-granting djinn (Anoop Desai), Nandor (Kayvan Novak) uses his newfound powers to impulsively pursue his personal happiness. And Laszlo (Matt Berry) commits himself to parenting the unexpectedly, and rather weirdly, resurrected Colin Robinson (Mark Proksch). Through it all, Guillermo (Harvey Guillen) continues to become disillusioned with his lot in life as Nandor’s familiar, ever the butt of the vampires’ cavalier derision.

The sheer imagination of What We Do in the Shadows remains strong in season four, as it continues to inventively mutate supernatural tropes and monster lore into comedy. Colin Robinson’s bizarre, reborn childhood is definitely the gonzo highlight of the season, with Proksch – his head digitized onto the bodies of babies, toddlers, and children throughout – fully commits to his character’s amusing growth spurts. There isn’t much narrative momentum, though, and the humor is more more hit-and-miss than usual, some big swings falling short. It’s possible the show, which quickly found its rhythm, settled into it too comfortably, its tactics growing slightly less effective with each repetition. Still, the cast remains wickedly talented, the milieu is one of a kind, and there’s an air of fearlessness to the way it experiments with genre tropes. There’s more than enough going on to keep me invested in future episodes. 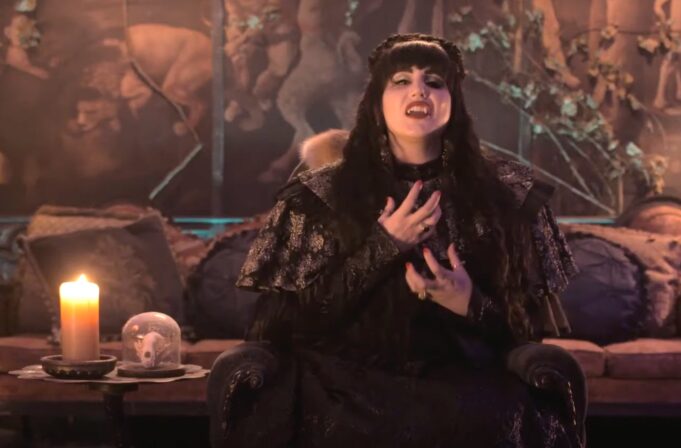 Natasia Demetriou in What We Do in the Shadows 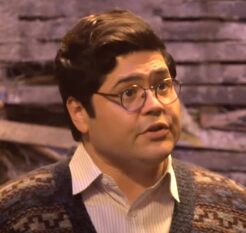 Harvey Guillen in What We Do in the Shadows 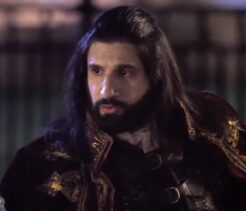 Kayvan Novak in What We Do in the Shadows 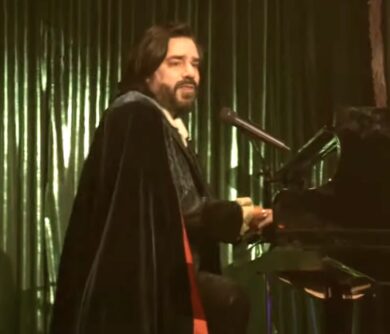 Matt Berry in What We Do in the Shadows 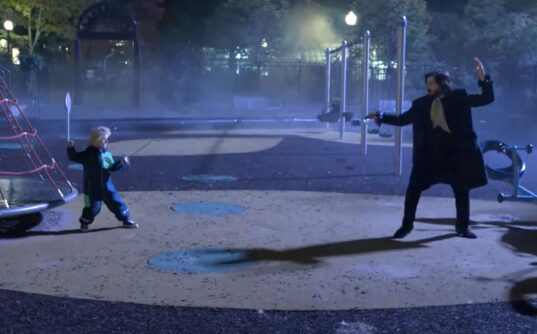