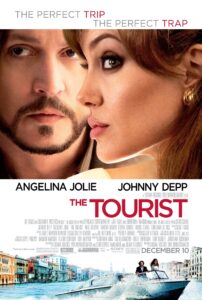 On paper, there are plenty of reasons for The Tourist (2010) to be a good film: attractive leads, a solid spy thriller premise, gorgeous location cinematography, and, most importantly, the direction of Florian Henckel von Donnersmarck, whose debut film The Lives of Others is among the best spy films ever made. Bafflingly, though, this one is tonally awkward, lifeless, and empty.

The adventure begins in Paris, where a beautiful woman, Elise Ward (Angelina Jolie), is under surveillance by an Interpol task force headed by Scotland Yard inspector John Acheson (Paul Bettany). Turns out Elise is connected to a wily international criminal named Alexander Pearce, who notoriously ripped off an obscenely wealthy gangster – and, in the process, bilked the British government out of hundreds of millions of pounds in taxes. Acheson is convinced Elise is the key to finding Pearce, and sure enough, the hunt is on when she receives a mysterious note from Pearce instructing her to catch a train, identify some poor sap of similar height and build, and convince the police that this random person is Alexander Pearce. The mark ends up being midwestern math teacher Frank Tupelo (Johnny Depp), a widower on vacation. Elise brusquely seduces him into her Venice hotel just long enough to convince both Acheson and the gangster looking for Pearce, Reginald Shaw (Steven Berkoff), that poor Frank is their target. The gambit works so well, though, that Elise relents; having taken a shine to Frank, she labors to help him, even though she’s purportedly still in love with Pearce. Their subsequent adventures across Venice are filled with peril and romance.

Well…sort of. You have to hand it to The Tourist, it looks gorgeous. The sweeping vistas of Venice make for a glorious backdrop, and they’re filmed with a keen eye. Initially, there’s a promising wrong-man thriller premise, remiscent of North by Northwest: a femme fatale involves a charming, out-of-his-depth amateur in a web of intrigue and jeopardy. But quickly it becomes clear something is off, the film’s intentions hopelessly muddled. In overall affect, The Tourist presents like a serious spy thriller, but other minor elements – the ineptitude of the Interpol surveillance, certain flirty moments of dialogue – suggest comedic aims. Is this movie supposed to be funny or not? Alas, either way it’s unsuccessful, with a convoluted plot that takes itself seriously enough that you don’t want it to be what it really is: a chain reaction of and absurd coincidence, hinging on withheld information.

Even when you set aside plot, one can sometimes enjoy an enterprise like this as a vehicle for performance, but Depp and Jolie generate no romantic sparks, and they’re hollow protagonists. Jolie is plastic and egregiously movie-starry; the film really wants you to notice how beautiful she is, but gives you no real reason to like her otherwise. Depp is similarly inscrutable, even if there’s slightly more personality to his panicky professor. Romantic chemistry and comic verve might have made their interactions worth watching, but neither are present, and their declarations of love ring false. In the end, nobody comes off well, with the possible exception of Bettany, whose inspector may be the only sympathetic character – and, of course, is therefore the butt of the film’s jokes. (Like many a wish-fulfillment spy fantasy, the upshot is that dashing, selfish cheats can get away with anything; law-abiding, hard-working schmoes, meanwhile, can suck it.)

At times, I’ve noticed that filmmakers directing in a second language can create peculiar work – not necessarily bad, but just kind of off. I wonder if that’s what happened to The Tourist, which thinks it’s being a charming romantic comedy, but presents like a serious spy puzzler. Ultimately it doesn’t work either way, shiny surfaces concealing nothing underneath. 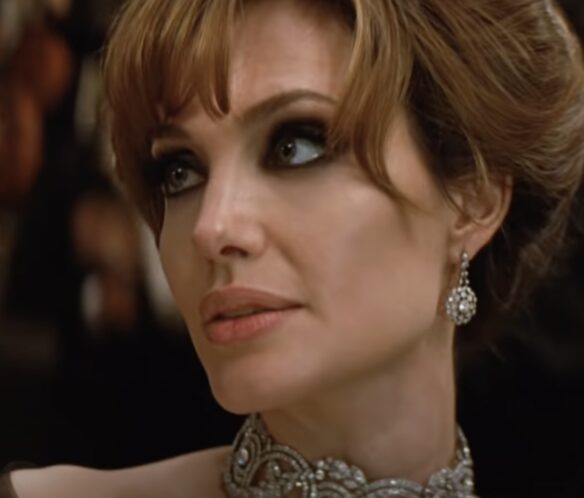 Angelina Jolie in The Tourist 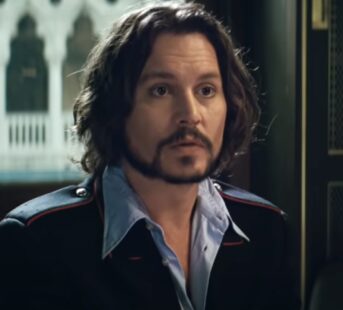 Johnny Depp in The Tourist 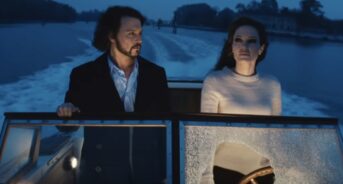 Johnny Depp and Angelina Jolie in The Tourist