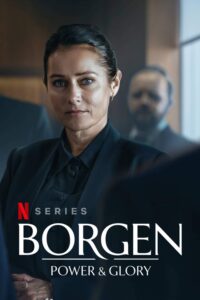 Television revivals, even when they’re welcome, aren’t always necessary, and also run the risk of sullying the property without improving it. But there are extremely uncommon cases–Twin Peaks: The Return, for example–that not only recapture the spirit of the original but elevate it to another level. That’s definitely the case with Borgen: Power & Glory, which returns to the world of the Danish political drama Borgen, an intelligent, complex series that ran from 2010 to 2013. Nine years later, this sequel hasn’t lost a step, perfectly matching the tone and rhythm of the original, with its primary characters and several returning co-stars spotlessly reprising their roles. But Borgen: Power & Glory also has new messages for us, an updated, powerful point of view that speaks to all that has happened since the original show ended.

Borgen: Power & Glory’s primary figure, once again, is Birgitte Nyborg (Sidse Babett Knudsen), a left-leaning centrist in Denmark who becomes its first female prime minister. The original series charted her ups and downs as she rose to power, fell from grace, and founded a new political party, all while making a mess of her marriage and family life. The new season finds her serving as Denmark’s foreign minister under a new coalition government. She’s an experienced heavy hitter in the political arena, but her brashness frequently has her butting heads with the new prime minister, Signe Kragh (Johanne Louise Schmidt). Birgitte finds herself in the thick of things when the discovery of oil in Greenland turns the Arctic into a political powderkeg. The Danish government, elected on an environmental agenda, wants to quash oil exploitation in the remote, under-populated country, while the Greenlanders themselves want to reap the financial benefits and win their long-desired independence. Complicating things, the discovery leads to complicated geopolitical interest from China, Russia, and the United States, whose encroachments into the Arctic threaten to escalate into international conflict. Birgitte’s efforts to negotiate the issue are covered by the crew of TV1, now led by newly minted director Katrine Førsmark (Birgitte Hjort Sørensen), a former anchor at the station and one of Denmark’s leading journalistic lights. Katrine’s transition from reporting to management is hardly smooth, as she’s forced to adjust to a leadership role that sandwiches her between the profit motives of executives and the increasingly strident voices of an empowered work force. Stepping in as the show’s traditional tertiary protagonist is Asger Holm Kierkegaard (Mikkel Boe Følsgaard), a newly promoted junior minister assigned to serve as Birgitte’s boots on the ground in Greenland, where his duty to his government—and his career—is jeopardized by his attraction to his opposite number in Greenland, Emmy Rasmussen (Nivi Pedersen).

Paced nicely across eight episodes, Borgen: Power & Glory hasn’t forgotten what we loved about the series. Sympathetic, layered protagonists, intricate and involved situations, a complex political landscape populated by strong personalities vying against one another with competing motives. Check, check, check. And, of course, the show’s primary heroes are back, in perfect form: Knudsen and Sørensen are once again first rate as admirable workaholics whose drive and ambition, while essential to their success, also come with significant emotional and psychological consequences. The show’s handling of this particular theme–how much should one sacrifice for a career–has always been part of Borgen’s DNA, but in Power & Glory, it matures for a workplace landscape transformed by the Great Resignation, “quiet quitting,” and a post-pandemic workforce no longer afraid to advocate for itself. Katrine’s story reflects this theme most bluntly, but both Asger and Birgitte are put through the wringer as well–Asger in how his elevated job prospects threaten to derail a promising romantic relationship, Birgitte in how it effects her loving but turbulent relationship with teenaged son Magnus (Lucas Lynggaard Tønnesen), now an environmental activist. In each case, the show suggests, a monomaniacal focus on career almost always comes at the expense of individual happiness, craftily illustrating how often the game forgets about its players. And in Birgitte’s case, as her need for political relevance leads her to shift her stances and tactics, it reminds us how easy it is to forget ourselves.

Work isn’t the only arena that benefits from Power & Glory’s update, however. Only nine years have passed since the original, but it sure feels like longer. One has to imagine the sheer breadth and intensity of political change between 2013 and 2022 must have inspired the revival. Indeed, important recent events such as the COVID-19 pandemic and Russia’s invasion of Ukraine are directly addressed, situating the show firmly in the zeitgeist. Meanwhile, the plot—with its heavy focus on petroleum addiction, climate change, environmentalism, and the lingering impacts of colonialism—further justifies the show’s return. Borgen: Power & Glory wants us to think about the issues that matter right now, but also how we see ourselves in relationship to them, and what the means for the future. The stunning Greenland-set cinematography brings both the beauty of the terrain and the fragility of our environment squarely into focus, further selling the show’s timely messaging. Upshot: This is a revival every bit as good as the original, if not more so: an intelligent, intricate, winning, and thoroughly compelling series that, perhaps more clearly than any other show currently running, accurately reflects the complicated new reality of its era. 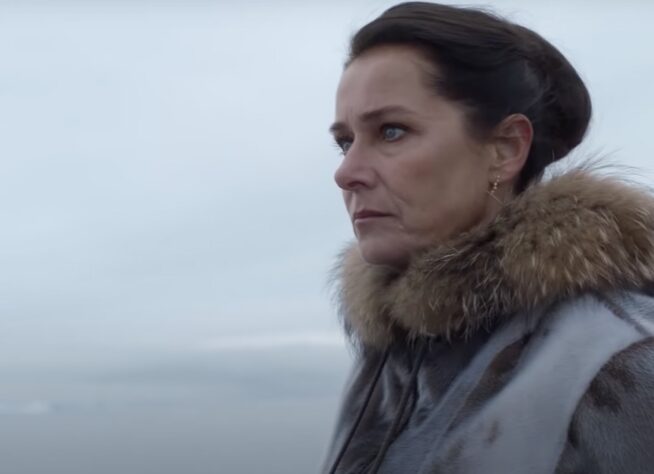 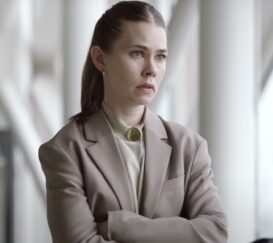 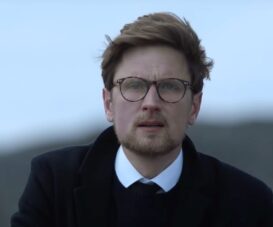 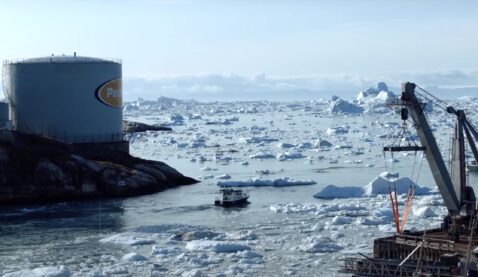 A scene from Greenland in Borgen: Power & Glory 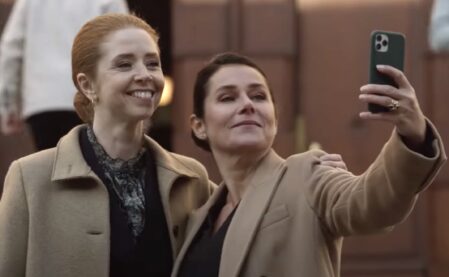