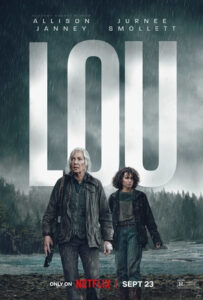 Outside of serving as a solid career move for Allison Janney, Lou (2022) is an underwhelming piece of work. An action thriller with a decent look and capable cast, it’s otherwise unconvincing and forgettable. It takes place on a remote island in the Pacific Northwest, where Hannah Dawson (Jurnee Smollett) lives a modest trailer-park life with her young daughter Vee (Ridley Asha Bateman). Her landlord is Lou Adell (Janney), a steely, humorless woman living nearby with her dog. Lou has reached a dark crossroads and she’s about to end it all when an intense storm strikes, coinciding with the kidnapping of Hannah’s daughter. Unable to reach the authorities, Lou sets out with Hannah to save Vee, an adventure that unearths the surprising secrets of Lou’s past.

From a certain vantage, it’s easy to see how, on paper, Lou should have worked. It’s a focused, small-cast thriller with solid performers in the key roles—especially Janney, who gets to sink her teeth into a gritty new genre. Smollett is good, as always, and Logan Marshall-Green is fine in a fairly standard villain role. The scenario connecting everyone is contrived, but there’s a certain structural neatness that might have served the film, had the script been more accomplished. Unfortunately, the dialogue is on the clumsy and expected side, doing the actors no favors. The scenario reminded me of The Old Man, which managed to make a similar collection of elements sing, but Lou doesn’t have that show’s eloquence or layers, and comes off like a low-rent Taken knockoff. There’s gorgeous northwest scenery and some okay action sequences, and I appreciated that it showcased Janney in a different type of role, but overall an unimpressive misfire. 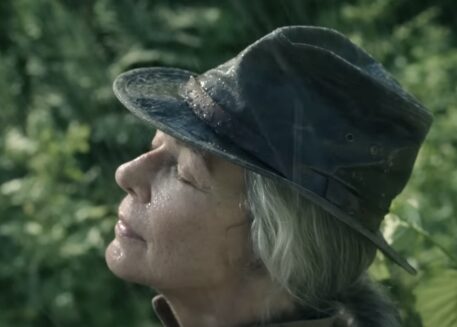 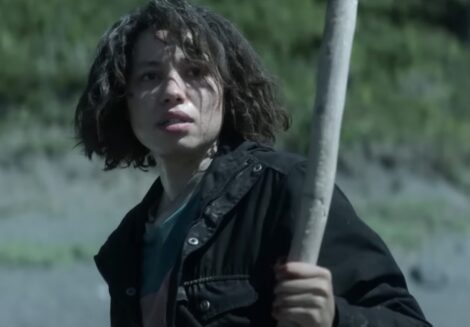