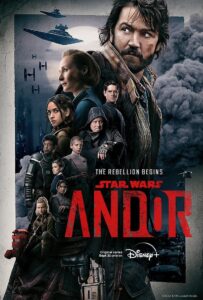 I can’t be alone in my complicated relationship with Star Wars; the franchise did, after all, play a huge part in luring many of us into science fiction. Ever since the the first trilogy, though, Star Wars has fleetingly diverted me at best, while proving deeply disappointing at worst. The content machine has been prolific since 2015’s The Force Awakens, but with the exception of the outstanding animated series Rebels, I almost always find it wanting. Still, one attempting to stay in the pop-culture conversation needs to know Star Wars, and while I’ve tried to kick the habit, I frequently find myself back in that galaxy far, far away.

And so: Andor, the new prequel series to Rogue One, the standalone film from 2016. Rogue One was a particularly frustrating Star Wars experience for me, in that its concept looked like a slam dunk. A secret history about the rogue’s gallery of anonymous soldiers who sacrificed themselves to enable the Rebellion to triumph over the Death Star? As a confluence of wheelhouse interests, especially clandestine teamwork against impossible odds, it was an alluring proposition. But while I admired aspects of it, ultimately it came and went rather forgettably.

Happily, I can report Andor is everything I hoped Rogue One would be. More, in fact; for me, it’s easily the best Star Wars live-action release of all time, with the potential to hold up even for some viewers who have never laid eyes on the franchise. A multi-layered origin story, Andor begins on the planet Morlana One, where Cassian Andor (Diego Luna) runs afoul of two Imperial officers. Their back-alley confrontration escalates, and Andor is forced to kill them. He takes refuge on the backwoods, blue-collar world of Ferrix to execute his next move: selling off a piece of stolen Imperial technology to the mysterious Luthen Rael (Stellan Skarsgård), thereby making enough money to fund his disappearance. But Rael has other plans; he’s actually the mastermind of a nascent rebel movement, and he sees Andor—a talented pilot with known anti-Imperial politics—as a valuable recruit to the cause. Andor isn’t interested, but when an overzealous Morlana One officer named Syril Karn (Kyle Soller) tracks Andor down, he’s forced to flee with Rael, leaving political turmoil in his wake. As the full weight of the Empire comes down on Ferrix, Andor joins a small team of rebel true-believers run by Vel Sartha (Faye Marsay) on distant Aldhani. The team plans a daring heist of a massive Imperial payroll, with the aim of financing the Rebellion. The heist becomes an inflection point for resistance to the Empire, leading to further adventures for Andor that transform him from a self-interested malcontent to a dedicated rebel.

At a rich, lavish twelve episodes, Andor is a true saga, and let’s just say this up front: it’s almost as if someone took Star Wars and engineered it especially to speak to my tastes. Yes, it has the requisite blaster battles and intergalactic adventure, but at its core Andor is an intricate, slow-burn spy series. When I think of the franchise, I usually picture lightsaber-wielding heroes, spaceships, aliens, and broad-canvas armed conflicts. But Andor is more detailed and nuanced, getting into the infrastructure of the Empire and the political motivations it engenders: both the power-mad sociopathy of its rigid adherents and the smoldering resentment of its oppressed citizens. As such, it eschews chosen-one heroism and big-personality legends in favor of, well, actual characters. There aren’t really any red-shirt extras on this show; even the secondary and tertiary supporting characters feel like real people, which leads to impressive performances in miniature from numerous performers like Adria Arjona, Elizabeth Dulau, Gershwyn Eustache Jnr, Denise Gough, Kathryn Hunter, Alex Lawther, Anton Lesser, Ben Miles, Ebon Moss-Bachrach, Sule Rimi, Varada Sethu, Fiona Shaw, and on and on. These are people either motivated by an unjust system to resist the Empire or perpetuate it for personal gain. It’s an Empire, by the way, that is an obvious but finely cloaked metaphor for right-wing fascism. Indeed, series creator Tony Gilroy has taken the cartoonish science-fantasy bones of Star Wars and made it his mission to really delve into the banality of fascist evil: the creeping, insidious way it extends its grasping tendrils, the ruthless disposal of the freedoms and citizens who get in the way. Of course, many Star Wars films have depicted the Empire’s evil in broad, threatening strokes. (No direspect meant to the tragedy of Alderaan!) But Andor gives us a mature, boots-on-the-ground perspective of the Empire’s dark control, and one that 2022 viewers can relate to, because a version of it exists right here in reality. Ultimately, Andor chillingly realizes the root of the conflict that has long propelled the franchise, realistically charting why the war started in the first place.

And while the tropes of science fiction abound, it’s the tools of spy fiction that make Andor sing, giving the show its intricacy and charged, suspenseful energy. The grassroots, French resistance-like activities on Ferrix, with fierce resistors and cagey collaborators and fascist true believers, might have been pulled from an Alan Furst novel set in occupied Paris during World War II. Andor’s collaboration with the small rebel strike team on Aldhani has a compelling Guns of Navarone resonance The scheming office politics in the sterile corridors of the Imperial intelligence service might have been pulled out of a John le Carre novel or an episode of The Bureau. And through it all, the show re-tools classic spy tradecraft for the Star Wars milieu, contributing to a rich, immersive story full of heists, back-alley deals, infiltrations, code phrases, big-store fronts, guises, and prison breaks. On this last: a memorable sequence in an officious Imperial prison facility, which features an impressive performance from Andy Serkis, brilliantly shows the embers of the Rebellion, depicting how hundreds of press-ganged convicts are radicalized, how they learn to work together, and even the rebel uniform aesthetic.

Mercifully, there is no mention of the Force or Jedis. And while there are some canon character appearances—including Andor himself, of course, and Genevieve O’Reilly as Rebellion-friendly Senator Mon Mothma—there are no unnecessary stunt-cast cameos or franchise heavy hitters to jerk us out of the ground-level struggle. This isn’t a story about the exceptional ones who rise above the rabble to become the galaxy’s celebrated heroes or feared villains. It’s about ordinary folks secretly working to survive within an uncompromising system that by its very nature fuels conflict and discord among its citizens. What could be a more relevant theme for an American viewer in 2022?

Of course, I love all this political commentary and spy-fi homage. Will Andor work for you if you don’t? Perhaps not. I’ve heard gripes about its pacing; perhaps it’s too patient and cerebral for certain fans. And I suspect fanatics will crave many of the standard Star Wars elements that I was thrilled to see omitted here. But personally, I was enraptured by Andor‘s ominous atmosphere, its rich roster of well-defined characters, its eloquent dialogue, and its perfectly clocked, gradual escalation. In an incredible year for new television, Andor manages to stand out, and nobody is more surprised than I am to include a Star Wars show on my best-of-2022 list. 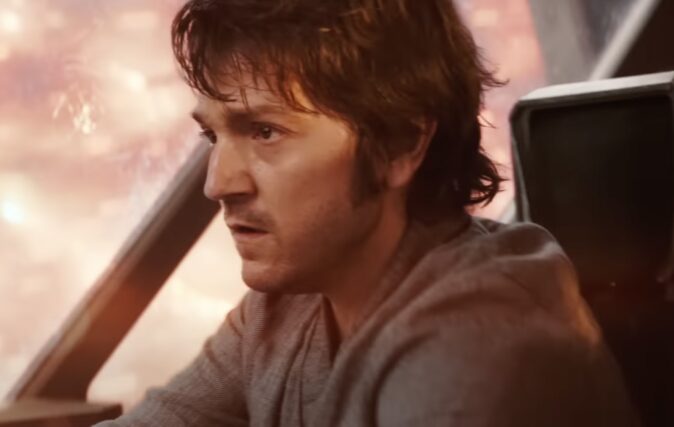 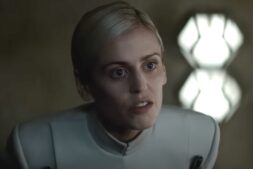 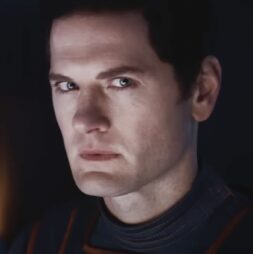 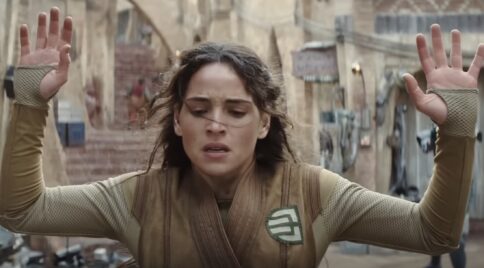 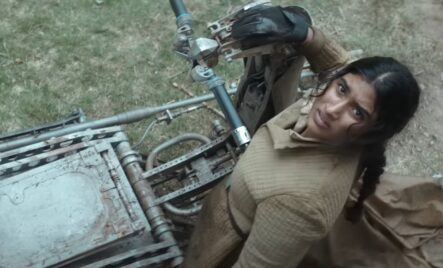 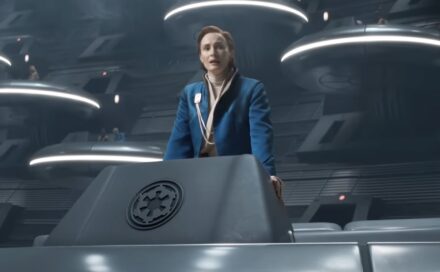 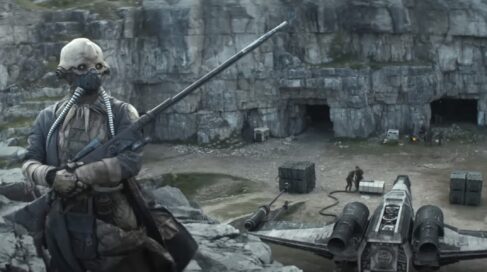 A scene from Andor 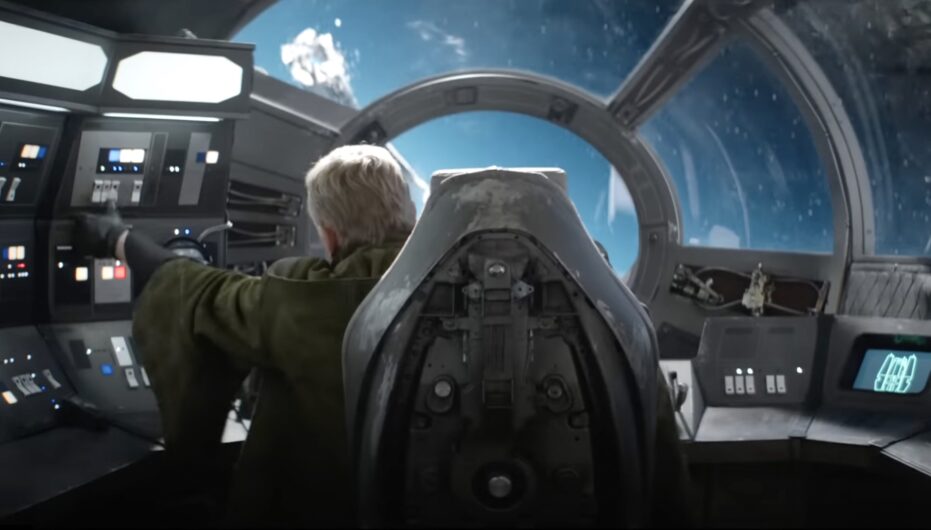