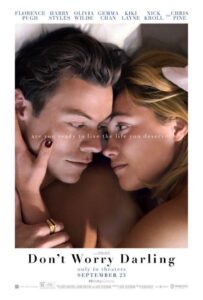 Early on, it didn’t seem likely to me that Don’t Worry Darling (2022)—a major release that saw as much behind-the-scenes drama as it did onscreen, if not moreso—could possibly fulfill the promise of its infectious opening half. Sure enough, the final act, while generally reasonable as a structural resolution, doesn’t exactly land. But throughout, I was rooting for this one, on style points and entertainment value alone. A vivid, suburban conspiracy thriller, it’s colorfully shot by director-star Olivia Wilde, has a creeping surreal slow-build, and provides another stellar showcase for the remarkable Florence Pugh.

Pugh stars as Alice Chambers, a young housewife who lives in a picturesque desert community called Victory in the 1950s. Her husband Jack (Harry Styles) brings home the bacon as a technical engineer, working in a top-secret facility out in the desert. In fact, all of the town’s men are employed at this nebulous facility, while the women take care of the house, shop, and enjoy each other’s company during the day. It’s the picture of conservative 1950s suburban bliss. But something is cleary sketchy in this sunny utopia, starting with the rule forbidding the women from venturing out to the remote worksite, or even knowing what the “Victory Project” is doing. Alice’s awakening begins when one of her neighbors, Margaret (KiKi Layne), suffers a meltdown during an idyllic backyard barbecue at the home of the town’s guru and founder Frank (Chris Pine), who holds the people of Victory in his thrall. Margaret’s emotional break portends one for Alice, who slowly starts to see through the glamorous façade of her life to the ugly secret it conceals.

Pugh is one of the most riveting leads in Hollywood today, and her performance alone is enough to recommend Don’t Worry Darling. But it doesn’t hurt that Wilde is a cagey filmmaker whose small body of work has already established her bona fides as a director of perfectly clocked, wholly absorbing entertainment. In Booksmart, she did so in service to a winning teen comedy. Here she applies an astute modern lens on a throwback, 1970s-style sci-fi conspiracy thriller—think something in the vein of The Stepford Wives, but with more sophistication. Unfortunately, the film doesn’t quite have all its bolts tightened down. Its literal worldbuilding and metaphorical messaging don’t always line up, for one thing. And as the film ramps, most viewers will guess the town’s ultimate secret, in broad strokes if not in precise detail. But for me, that didn’t detract from the fun of the journey. A craftily unfolding mystery box with a timely message, voice primarily by Florence Pugh? Sign me up. Meanwhile, Styles does impressive work as a second lead, Pine provides oily antagonism as the town’s dodgy patron saint, and the cast is riddled with fine work from the likes of Wilde, Kate Berlant, Gemma Chan, Sydney Chandler, Nick Kroll, Timothy Simons, and more. It’s an imperfect film that strains a muscle in the third act, perhaps, but overall, it’s a slick, visually arresting, and highly entertaining piece of work. 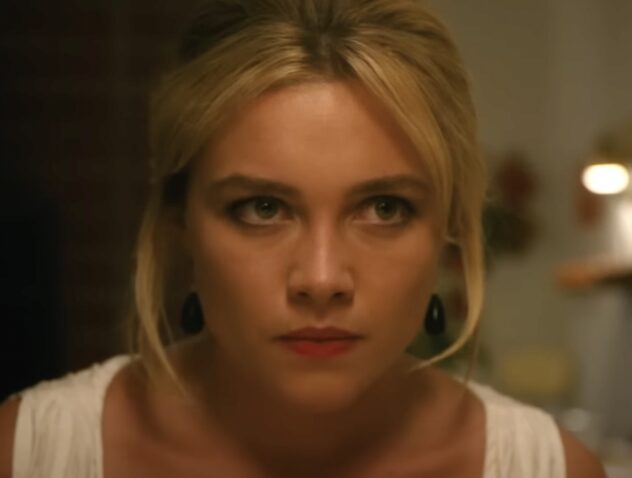 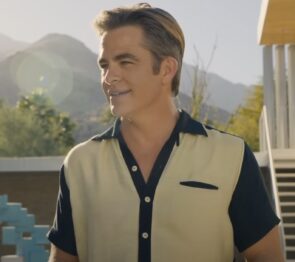 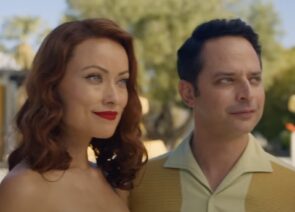 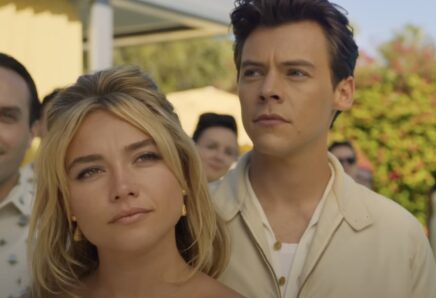 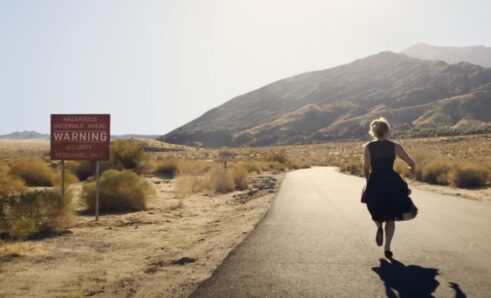