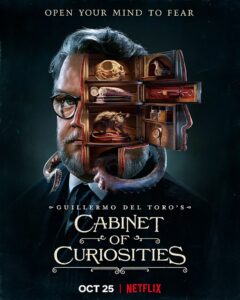 If there’s a defining drawback to Guillermo del Toro’s Cabinet of Curiosities, it may be the way it cherishes filmmaking over narrative. Weirdly, this is also a defining strength. The storytelling might not be particularly engrossing, but the cinematic techniques and visual effects are stunning. For a genre that prioritizes visceral, emotional reaction, this seems as valid an approach as any, leading to a number of diverting experiments.

Cabinet of Curiosities is essentially a modern anthology show with a throwback feel, del Toro lending his name–and his enigmatic, Alfred Hitchcock Presents-like narrative intros–to the enterprise. Also, crucially, the show makes it a mission to center directorial vision. Each episode’s filmmaker—and the roster is refreshingly diverse—brings a unique eye to their project, while del Toro’s calm mystique and a first-rate credit sequence provide connective tissue. Say what you will about the rest of it, but the production values and packaging are top-notch.

The series launches with a taut chiller, “Lot 36,” which features Tim Blake Nelson as a xenophobic veteran who makes his living buying abandoned storage spaces, hoping to profit off of their valuable antiques. The manner in which his purchase of a Nazi’s collection of occult items brings about his downfall is well executed, if unsurprising, the show’s closest lean toward Twilight Zone allegory. Second-closest is the follow-up, “Graveyard Rats,” perhaps more typical of Cabinets’ old-timey flavor: a Gothic period piece about a grave robber who runs afoul of terrifying cemetery rats. Based on a Henry Kuttner story, this one is dramatically stilted but full of effective, grizzly eyeball kicks.

Indeed, the series’ lean into period horror extends to most of its short fiction adaptations, the most of effective of which is “The Autopsy,” based on a story by Michael Shea. F. Murray Abraham stars as a medical examiner whose investigation into a mysterious death leads to an encounter with a horrifying alien parasite. Full of cringe-inducing squelch, “The Autopsy” is hard to watch but one of the series’ more structurally satisfying hours. Unfortunately, the same can’t be said for a pair of H.P. Lovecraft adaptations, “Pickman’s Model” and “Dreams of the Witch House,” which are visually sumptuous but otherwise sluggish and distancing. The last story in this vein, “The Murmuring,” adapts a del Toro story about a pair of ornithologists in a troubled marriage. While this one perhaps over-explains its ghostly mystery, the cinematography is gorgeous and the overall narrative is assured. Essie Davis and Andrew Lincoln are superb, bringing the haunted, central relationship to life, and it earns pride of place as the season finale.

That said, I’ve left out the season’s two weirdest, most experimental episodes, which to me are the most original and memorable. “The Outside,” directed by Ana Lily Amirpour, is an unnervingly funny adaptation of an Emily Carroll webcomic about an ugly duckling oddball named Stacey (Kate Micucci), whose efforts to fit in with the shallow women at work lead her to take extreme measures. Micucci holds the stage strikingly in a serious tale about body dysmorphia shot through with quirky comedic flourishes. Her efforts are abetted by brilliantly affected support from Martin Starr and Dan Stevens, in what is hands down my favorite episode of the season. Even stranger, though, is Panos Cosmatos’ “The Viewing,” a gauzy-filtered mood piece that feels like something Ken Russell might have hallucinated. A small group of niche “thought leaders” (Steve Agee, Eric Andre, Michael Therriault, and Charlyne Yi) are spirited off to the avant garde mansion of a wealthy recluse (Peter Weller), where he and his doctor friend (Sofia Boutella) ply them with mind-altering substances to prepare for the viewing of a bizarre artifact. Oddly lazing around its central, metaphysical conversation, “The Viewing” is eclectic quirkery sold by the hazy mystique of its look and Weller’s riveting gravitas. Does it add up to anything besides one remarkable, stunning final shot? I’m not sure, but who cares? It’s like soaking in a warm bath of disorienting dream fragments.

As the finances of Peak TV continue to course correct, I have a feeling we’re going to see less and less of these “next Black Mirror” episodic anthology trial balloons, which sadly don’t seem to last (see Monsterland, Philp K. Dick’s Electric Dreams, Tales from the Loop, the revived Twilight Zone, and others). It would be a shame for Cabinet of Curiosities to suffer a similar fate. While I don’t think it’s entirely successful, and its graphic sensibilities may be a bit much for casual viewers, it’s an intriguing showcase for a number of promising filmmakers with an eye for unsettling, memorable imagery. 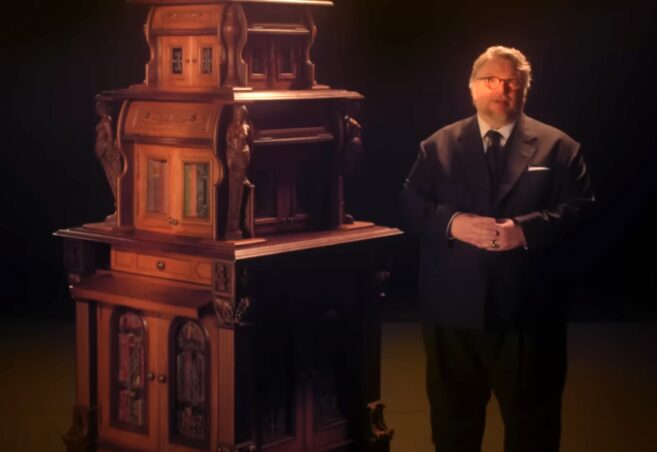 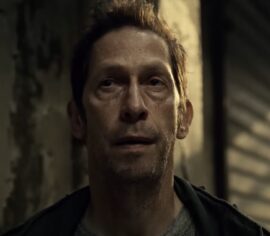 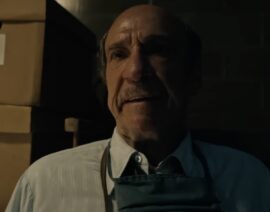 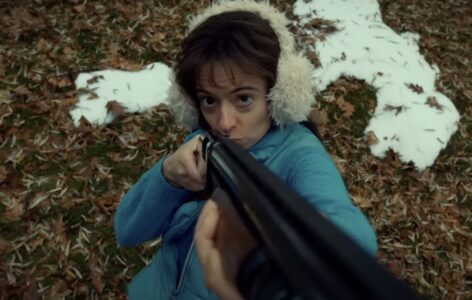 Kate Micucci in Cabinet of Curiosities 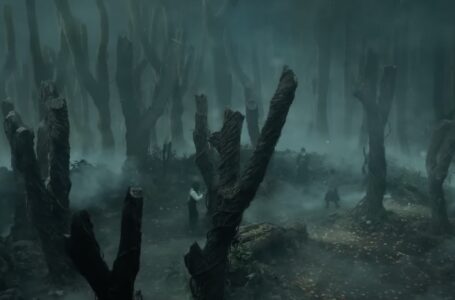 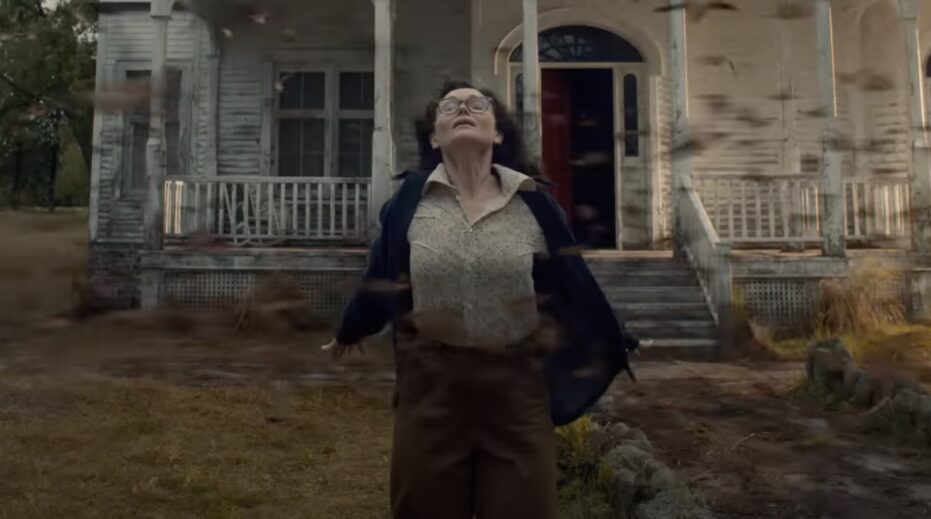 Essie Davis in Cabinet of Curiosities

Film – Journey to the West: Conquering the Demons