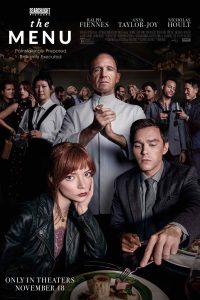 At the risk of overselling it: holy fucking shit, The Menu (2022) is pretty much perfect. It’s not often I get to the end of a film and have that thought, but I literally said it out loud when the credits rolled on this one. Oh, it can’t possibly appeal to everyone, but for those of a certain sensibility, who enjoy their darkly comic thrillers graced with surreal flourishes and acidic commentary, it’s hard to imagine how this one could be improved.

The Menu delivers us to Hawthorne, a restaurant situated on a private island, where world-renowned chef Slowik (Ralph Fiennes) reigns supreme. With the assistance of his dedicated hostess Elsa (Hong Chau), Slowik mobilizes an army of disciplined sous chefs toward producing culinary perfection, which he presents to the world’s wealthy elite. The viewer is introduced to this obscene privilege through the eyes of Margot (Anya Taylor-Joy), the companion of an obsessive foodie named Tyler (Nicholas Hoult). Tyler is beyond thrilled to be one of the select few who gets to sample Slowik’s latest brilliant meal; Margot is considerably more cynical about the opportunity. But as Slowik’s exclusive event progresses, what begins as a bizarre but unique dining experience slowly, menacingly escalates into something else entirely.

It’s tempting to compare The Menu to other content that similarly explores themes of privilege and injustice. The Benoit Blanc whodunits, The White Lotus, Jordan Peele’s recent work, and Ready or Not all leap to mind. But there’s definitely a unique flavor (ugh) to The Menu’s sociopolitical rage, which literalizes the horrifying imbalance of power between – as Slowik chilingly explains it – the world’s givers and takers. Part of it is the masterful way it escalates an unfamiliar but mundane setting into something increasingly unsettling and dangerous, as the behaviors we come to expect in such an environment creepily grow less and less trustworthy. There’s also a strange transatlantic edge to it, the film’s British stars affecting American accents as the story ruthlessly critiques the long-term consequences of rapacious western capitalism. But perhaps most importantly, it’s a singular tone, controlled by the inimitable, scintillating performance of Fiennes, who is utterly convincing both as an intense, passionate artiste and the…deeper version of himself that gradually, horrifyingly emerges. One can imagine innumerable ways the role of Slowik might have been interpreted, but after seeing The Menu, it’s almost impossible to imagine anyone else playing the part. This isn’t to deride the supporting talent, which is copious. In particular, the film makes exceptional use of Hong Chau and Nicholas Hoult (an actor continuing to build out a resume for comedic brilliance). But Fiennes is the crucial ingredient (there I go again) that brings the whole thing together.

There’s an ironic disconnect running along underneath this recent spate of Hollywood blockbusters that gleefully dismantle rich privilege, even as its produced by many of the industry elites who enjoy that rich privilege. Nonetheless, I’m totally here for it, in the hopes that it may be emblematic of growing awareness of the desperate need for societal reform. The Menu illustrates our increasingly self-aware economic zeitgeist brilliantly, drawing just enough attention to it to provide thought-provoking layers, but without siphoning away the thrilling, funny, and engrossing entertainment value of the surface story. It will bear rewatching to confirm, but the effort won’t be a hardship, because my striking first impression is that The Menu is basically a masterpiece. 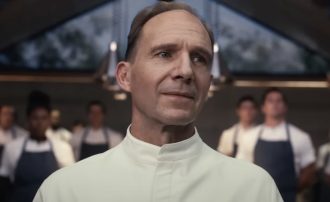 Ralph Fiennes in The Menu 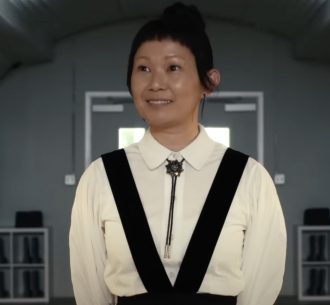 Hong Chau in The Menu 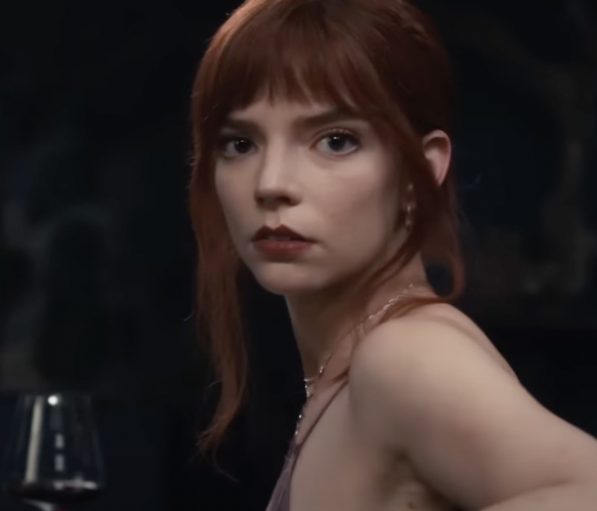 Anya Taylor-Joy in The Menu 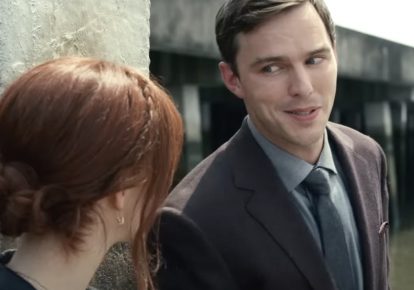 Anya Taylor-Joy and Nicholas Hoult in The Menu 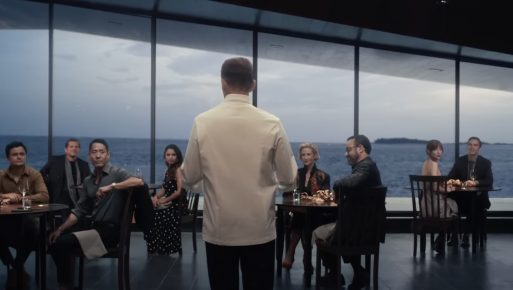 A scene from The Menu